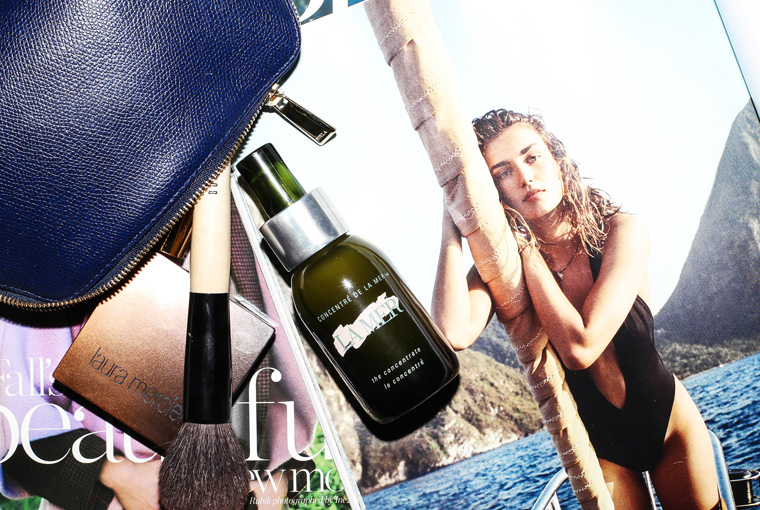 There are some things in life that are exxy, but totally worth it. So when you finally crack and splurge, you wonder why you didn’t do it sooner. That’s how we feel about La Mer’s The Concentrate.

And if you’ve not yet converted to “the good life” (involving the finer things like the luxury that is Crème de la Mer), let us give you a few great reasons for why it’s totally worth the price tag.

If there’s one thing everyone should have at the ready in their bathroom cabinet, it’s this. Think of it as an investment piece, but one that will probably serve you even longer than that Balenciaga leather jacket (and for a considerably smaller price tag).

Out of the whole La Mer product family, this holds the most concentrated mix of the brand’s secret ‘Miracle Broth’, which is a proven-cure for scars, wrinkles, burns, stretch marks, redness and all kinds of skin inflammation in every area imaginable (according to, ahem, very detailed user reviews). We’re talking healing powers off the richter scale, people. They call it a ‘liquid bandaid’, we call it our holy grail.

We’re not going to lie, at first, we thought ‘Miracle Broth’ sounded like some sort of far-fetched impossible potion. But there’s really no other way to describe it. It’s a secret formula that only La Mer can produce (which took 12 years and over 6000 experiments to master), derived from fermented sea kelp which has been altered through sound vibrations.

Out of all the La Mer products, this holds the strongest concentration of this secret sauce. So if you thought Crème de la Mer was as good as it gets, The Concentrate is going to blow your mind.

It’s slightly thicker than a serum, so you should use it where needed at the end of your normal regime, before moisturiser. It’s not meant to replace your daily serum (because these are usually more targeted at anti-ageing) – this is the stuff you call-on for problem areas when a crisis strikes.

We’ve tried it on psoriasis, sunburn, stretch marks, the lot… and success = 100. We’re convinced there’s nothing this stuff can’t do. Buy it, treat yo self, you’ll never turn back.