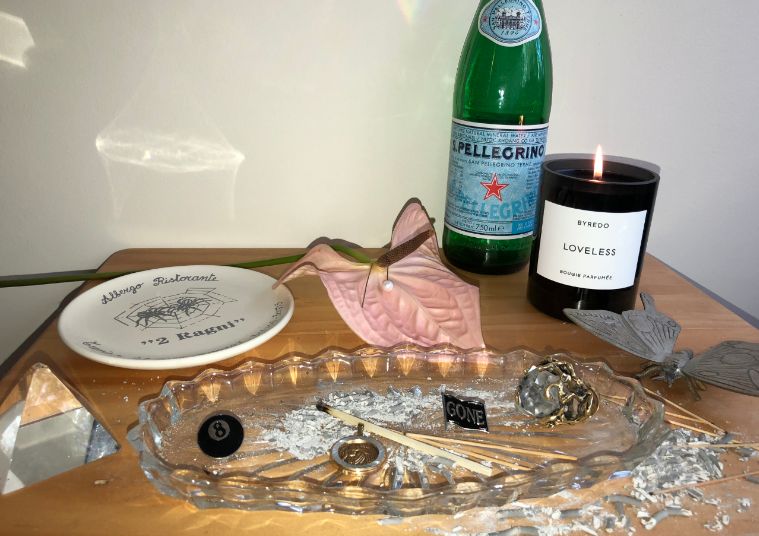 Sober Curious? We Ask The Experts To Weigh In

It’s Sunday afternoon and I’ve only just emerged from a moat of flax linen sheets, wrapped around every limb like a straight-jacket. I think one of my knees is grazed? The Baies Diptyque candle on my dresser has burnt to the bottom, the glass thick with black residue. I open Uber to cross-examine a trip receipt for the early hours. I feel the familiar feelings set in, lapping on my soul like a set of relentless waves: shame, sadness, insecurity, anxiety, total loneliness, an ache deep down. If someone took a photo of my aura right now it would be grey like a Facebook avatar. Even though it’s still light out I’m dreading going to sleep because I don’t want to be left alone in the dark with my own thoughts. Do I just have a bad hangover or do I maybe kind of have a problem?

It’s a question I would sometimes ask myself—and one that never presented itself with a straightforward answer. According to Australian government guidelines, which suggest two standard drinks per sitting for women, I certainly did. But nobody I knew stuck to that. It’s like opening a jar of olives and trying to eat just a few. Not a reality. Everyone else seemed fine, to manage, to have fun even. Why couldn’t I?

I recently shared a personal essay about cutting alcohol out of my life. It’s been just over 12 months since I made the shift to sobriety. During this period of reflection, I’ve begun to untangle the complicated relationship we shared. Turns out you have a lot of time on your hands when you’re not spending every spare moment feverishly trading personal details with people you’d never even get a coffee with, the gold patina of false bravado in full swing. I’ve come to realise I wasted so much of my youth waiting for something to happen: that the next bar we’d go to would be more exciting; backstage would be better than side of stage; the kick-on after the lock-in would make up for an otherwise eventless night. But—and I mean this—no magic ever came to me through drinking.

Alcohol was ingrained in my life. Whether happy or sad, an elixir to soothe stress or signify celebration, it always had a place, served a purpose. And I was constantly surrounded by it, most often for free and in large quantities, at fashion parties where editors, stylists, and myself included clumsily walked around in stilettos like baby calves taking their first steps; client dinners where white men clicked at waiters for champagne buckets and talked too loudly, took up too much space; at press events in converted warehouses where cocktails were really the only drawcard.

I wasn’t naive. I knew about the negative health effects. But I was in denial about my own drinking habits—especially the way it affected my mind, my mental health, how I saw myself and the world around me. I could hand wash wine stains out of silk skirts or scrub my body to reveal a new layer of skin, but it was the most intangible, ineffable, esoteric thing inside me, inside all of us, that couldn’t be cleaned: my very being. In speaking intimately with friends, acquaintances, colleagues, people I used to party with, and sometimes even strangers over the last year, I’ve come to realise that this is a common thread with women in their 20s and 30s; that my own experiences with alcohol are replicated in varying degrees amongst so many of my peers.

“Many people report feeling less connected spiritually when they consume alcohol, so they choose not to do so,” my nutritionist Georgina Collinson of The Luxton Clinic tells me. While it depends on the individual, she says she’d be comfortable to see a 30-year-old female client enjoy two to three glasses of red wine per week or less. I was drinking that much, more, while hurriedly putting on mascara before going out.

Women and Alcohol: Its Complicated

Growing up in the ‘90s and ’00s Australia, we heard so much rhetoric about boys. How their prefrontal cortexes were delayed in development, which apparently explained why they got into accidents, made dumb decisions, bought cans of deodorant and flung them onto bonfires in the bush, treated us badly. We used to worry about them, and them only, when it came to excess and recklessness. According to an information pack released by the government, young women are on a similar plane when it comes to over-consumption of alcohol—an observation supported by increasing alcohol-related hospitalisations for women. But we are more vulnerable to both the immediate effects of alcohol and long-term harm than our male counterparts.

It’s speculation as to why more young women are drinking more, but thinking about my own experience as one a few thoughts spring to mind: the toll of the emotional labour we have to put into every facet of our lives, work, and relationships; the expectation that we have to support those around us, tending to the needs of others before our own; the competing demands between often anomalous things like career growth and home life; the societal pressures to act and be a certain way; the very real trickle-down effects of pay equity; the uncertainty and insistence tied to the tick of the biological clock. This is let alone things like mental health; unaddressed trauma; complicated family dynamics; relationship breakdowns; grief; a myriad of the other hurdles and catastrophes that unify us all.

If Its So Wrong, Why Does It Feel So Right?

Alcohol is an easy antidote, a quick fix. And there’s no denying that it feels incredible, liberating, instantly freeing like being the passenger in a convertible hurtling down a glimmering highway. “The effects of alcohol on the body are vast and complex, but the simplest explanation I have found for why alcohol makes us feel good is twofold. In addition to its ‘depressive’ actions, alcohol increases the activity of dopamine-producing neurons in the reward pathways of the brain, as well as increasing the production of endorphins, the feel-good chemicals that act on opioid receptors,” says doctor and writer Matilda Whitworth.

For anyone who has one too many times turned a quick after-work drink into a quick order before last drinks are called, you’ll know that it’s easy to overdo a good thing. “Although drinking can feel like it is helping to manage stress, the same problems that were causing the stress in the first place are still there as people start to sober up,” says Sabrina Warwar, Health Promotion Manager at Hello Sunday Morning, a local organisation aiming to promote a healthy drinking culture. She is, of course, telling us something we all inherently know but can so easily push aside in favour of the casino-like allure of a drink.

“Alcohol is a sedative and a depressant, and, like other drugs, you can build a tolerance to its effects over time,” she says. “With tolerance, people become vulnerable to drinking more to achieve that same initial buzz or de-stressing effect. If drinking becomes heavier and more frequent, in the longer term this can actually lower serotonin levels, leading to lower mood and contributing to, or exacerbating, vulnerabilities to conditions like anxiety and depression.” Well, that explains the sinking feeling.

We Need To Talk!

So what are the red flags that indicate you might be teetering on the edge of an unhealthy relationship with alcohol?

While totally valid, these questions can seem scary, serious. When I was at low points I would go online, trying to work out what was wrong with me, how to fix myself. But I always felt a disconnect between the medical framework and prevailing discourse around alcoholism and my situation—they didn’t quite match up, yet I knew I was navigating wild terrain without a compass.

I wore nice clothes. I shopped at farmers markets. I successfully held down desirable jobs. I had side projects. In many public-facing aspects of my life I wasn’t just functioning, surviving, making-do; I was actively overachieving. Eventually I’d circle back and convince myself I was being dramatic, self-pitying, that ultimately it was a weakness of character and I’d just have to keep up, hold it together, continue on this trajectory, because, well, this was my life and I’m sure from the outside it looked pretty good. These private conversations continued in an infinite loop like a kitten trying to catch a laser beam.

I feel as though there’s a gap here and it’s easy for problematic behaviours to fall through the cracks. Over the course of a decade I had to hit a string of rock bottoms—some deep and vast, many shallow but saddening all the same—before eventually climbing out of the rubble to see a slither of sunshine. In time I was pleasantly blinded by the light, but it’s painful to imagine that it must be like this for other young women too—particularly those in less privileged positions. The resources and dialogues around alcohol are inaccessible or severely lacking in ways that resonate with our lived experiences, so it’s as though something “bad” needs to happen in order for us to change course. It shouldn’t have to get to a point where we require a “reality check” to check-in with our drinking. We should be safely and sensitively having these conversations with ourselves and each other constantly.

Collinson says that moderation is key for most of us, and most people should be able to safely handle a few drinks per week. “But if you are managing a chronic health condition, you struggle with anxiety and depression, or you find you often use alcohol to feel numb or manage stress, then I would strongly recommend you consider cutting it out completely,” she advises.

She sees a whole range of benefits in her clients who cut down on, or completely cut out, alcohol. They’re less lethargic, their immune systems are stronger, they find it easier to lose weight, their moods are more stable, they sleep better. “If you’ve never had an extended break from alcohol before, you’ll never truly know how much it is impacting you,” she says. “So I recommend choosing a month or longer to go alcohol-free and see how you feel. As always, the best answer comes from trying it out yourself and seeing how your body responds as everyone is different.”

I found the first weeks to be the hardest. It’s subversive to break a second-nature routine of heading to the same bars with the same people after work. The weekends felt like they went forever, not really in a good way, like in that way of being bored and restless, at a loss, during the stretch of school holidays over summer. Moreover, it’s starkly confronting to stir up what was happening below the surface, to listen to the depth and pitch of what you had told yourself was just background noise.

But as soon as I got to really experience how life without alcohol feels—to be truly present throughout highs and lows alike; to see so many colours and gradients with such clarity and confrontation that it’s almost visceral; to quietly, softly sit with myself; to go inward; to question; to heal—I realised that, for me, drinking was simply not worth it.