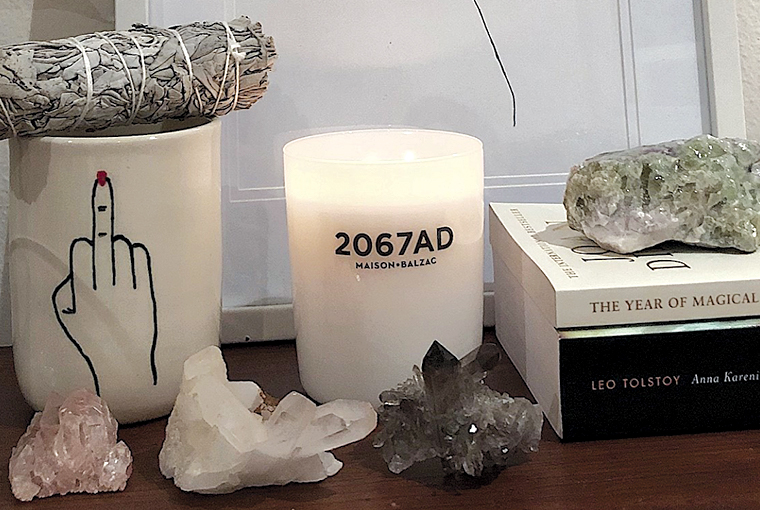 The Books Every Woman (and Man) Should Read

Whether you are a proudly proclaimed introvert, embracing your newfound grandmotherly habits, or are simply entering into a self-imposed seasonal hibernation, may I recommend something really wild? I say we ditch the clubs this Friday evening in lieu of a stellar book club. It is International Women’s Day, after all, which calls for celebration; but perhaps this year – or this particular weekend – we could all consider an alternative way to let off some steam, to feed our brains, and to questions the systems in which we live.

After all, what does it truly mean to be a woman in this day and age? Do you have to be born a woman to be one? How does race and privilege intersect to shape the female experience? bell hooks, who has for more than four decades asked us to check our white CIS-gender privilege, delivered one of the most humanising and binding catchcries in her 2000 opus Feminism is For Everybody: “Feminist thinking teaches us all, especially, how to love justice and freedom in ways that foster and affirm life.”

Even further back, like way back when women still weren’t allowed to vote or enter certain spaces unaccompanied by a man, Virginia Woolf, famously rallied, “Lock up your libraries, if you like; but there is no gate, no lock, no bolt that you can set upon the freedom of my mind.”

So with that, let’s celebrate our womanhood in all of it’s messy, glorious complexity as we delve into the essential reading below, for both men and women; and if you haven’t already, fluff the cushions on your couch, slap on a facemask, and pour yourself a glass of overpriced wine or an equally as overpriced glass of kombucha.

Raise a glass and flip a page to women, everywhere.

We Should All be Feminists by Chimamanda Ngozi Adichie

Adapted from her incredible TED talk, Adichie recounts her growing up in Nigeria and her experiences relating to sexism. Short and sweet at only fifty pages long, it provides both a powerful and moving introduction to not only the notion of feminism but that of equality and modern-day social constructs of gender roles. A must-read (and watch!).

A Room of One’s Own by Virginia Woolf

More of an extended essay than a novel, based off two lectures she gave at the University of Cambridge in 1928, Woolf passionately advocates for the intellectual and social independence of women in a style that is both conversational and fierce in its convictions. “A woman must have money and a room of her own if she is to write fiction” is one such theme that can be extended universally to women of any era – yes indeed, financial freedom, security, and most importantly independence, are things women of all ages should aspire to.

The Year of Magical Thinking by Joan Didion

Presenting a vastly different aspect of womanhood, this is a moving account of Didion’s year of grieving following the death of her husband and newfound responsibility as sole carer for her adopted daughter, Quintana. Didion unpacks issues of loss, insanity and the re-emergence of her identity in a way that is both heartrending and frankly, empowering as someone who has emerged so triumphantly through such devastation.

My Year of Rest and Relaxation by Ottessa Moshfegh

Here is the most contemporary of our round-up – unconventional in that presents its readers with a wildly diverse take on the trials and tribulations of womanhood and modern-day living as a whole. Mercilessly imbued with black humour, shocking and downright thought-provoking, we are plunged into a world of a protagonist who seemingly has everything within her grasp to be happy and successful – beauty, intelligence, affluence. Instead, she elects to numb herself with a downright disturbing litany of prescription drugs, alcohol and social alienation in a self-induced experiment that at its core causes her to re-evaluate her needs and freedoms as a woman. I could not put this darn thing down, and may or may not have consumed an entire bottle of Pinot in the process.

This classic was, in fact, penned by a man. Tolstoy’s prolific work is as raw as it is sumptuous, an insight into the moral conventions and social hierarchy of Nineteenth-Century Russian aristocracy. More than anything else, is a tragic romance of epic proportions, with a protagonist as fiery as she is ground-breaking in a society of tightly laced bodices and rumour mongering.