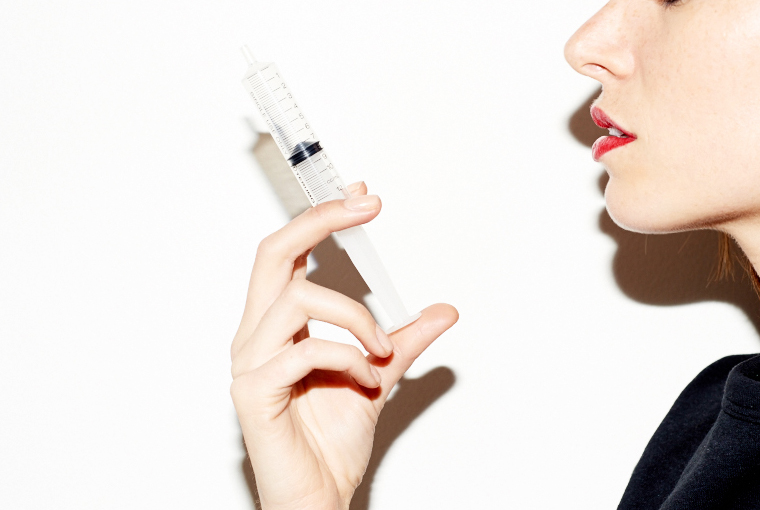 When Should You Get Botox (If Ever)?

I’ve tried to start this story many times, but each time my fingers falter on the keyboard. I’m reminded of bungee jumping in New Zealand five years ago; standing on the edge of a cliff, mind completely ready to take the leap, knees locked together, frozen in fear, reluctant to cooperate. I don’t think it’s because I’m sheepish (the Internet is acutely aware of what goes on behind my unlocked doors, as it is the minute details of my shedding uterus), and it’s not the same breed of laziness that prevented me, for months, from writing a story on the conveniences of going to bed at what most would consider a very regular hour. I think the reason I’ve been hesitant to put fingers to keyboard is because, while it’s not a taboo anymore, I’m still not sure how I feel about Botox. While I’m critical of a society that necessitates it, I guess my general stance is: You do you, gurl.

I’m a fence-sitter who’s fallen into Camp Botox, unsure of whether to claw her way back up to the comfy timber ledge or commit to a lifetime of costly, thrice-yearly injections in exchange for a crinkle-free forehead.

In my quest to further navigate how I feel about the big B, I first enlisted the help of Dr. Joseph Hkeik of All Saints Skin Clinic in Sydney’s Double Bay, before looking to three clever, considered women for guidance—Byrdie Australia’s angelic Lisa Paultny, our Founder and Editor in Chief here at THE FILE, Carlie Fowler, and my best friend, Hannah, who moonlights as Production Supervisor over at Animal Logic (they make Lego movies, you heard of them?). I’ll delve into their feelings about Botox in a minute, but first, a bit more about me:

I’ve been debilitatingly self-conscious of my frown line since it reared its ugly, creviced head when I was 23. 23! Imagine. For me, it’s the centre piece of every photo I’m in, garishly commandeering attention away from the other corners of my face. I weep when I catch my reflection in shop windows, and practically drown in tears when I go to take a photo and the camera is facing inward, exposing my forehead for what it truly is: A mud-cracked desert.

Countless co-workers have told me that my resting face is a marriage of confusion, concentration, and deep rage. When I wake up, I’m frowning, as am I when my head touches the pillow at night. My old housemate and I developed a special bond over our shared forehead creases—we could (and did) talk about them for hours. Like any insecurity or fear we collectively harboured, we assuaged our forehead crease phobia with a combination of hyperbole and humour. “Mine is terminal,” I’d laugh. “It’s going to split our foreheads in half,” she’d jest.

After a particularly horrific selfie threatened to send me into a deep, self-loathing spiral from which I may have never returned, I decided to have an expert temporarily paralyze the muscles that permanently furrowed my brows. Enter Dr. Hkeik.

The first port of call, once I was in the chair facing one of the best surgeons in the country, was to hurl a thousand questions at him. Obvy. I kicked off the torrent of Qs with one on the changing conversations around Botox. “The ice has broken,” he said. “In the past, there were mothers who would sneak in and sneak out, without letting anyone know. Now it’s more of a conversation of where you go and how much you get done. The actual fact that you do get Botox is no longer a taboo or a stigma, and I guess, because there’s this degree of prevention that everyone talks about, people believe they should start early.”

Is there merit in preventative Botox? “It’s only preventative in certain areas in small doses, not in the way you treat everyone,” he says. “The trouble with young people is that they are getting too much work done, in my eyes. They probably don’t want to hear me say that. [Laughs] They’re like, ‘More is more,’ but I definitely think less is more for the younger generation, really. I only treat them if they have a really obvious frown line, if they’re going into their twenties or mid-twenties. Yes, it’s good to treat that. But to go to town and treat every muscle on your face just because it’s available? I don’t think there’s a benefit.”

And has he turned anyone away? “I’m not really for people getting a lot of Botox at a young age. I think it’s been taken to an extreme, and I think it’s because a lot of the chain clinics are targeting all the young people. They get them in the door because they want to do something like microdermabrasion or laser hair removal, and while they’re there, they sell them Botox. It’s just the way it’s being sold to them. They have their reasons for doing it this way, but I don’t agree with it. When you’re young, you should look after your skin, protect your skin, nourish your skin, and prevent ageing that way. All Botox does is erase wrinkles; it doesn’t teach you how to fix your skin problems, or the importance of wearing sunblock—it just teaches you to focus on wrinkles and lines. With preventative Botox, it’s all about the dose. You don’t treat to make sure everything is frozen. That’s not the end point.”

I was terrified of looking “done,” and as someone with an incredibly expressive face, didn’t want to lose the ability to move a quarter of my face, either. Dr. Hkeik dimmed these fears swiftly: “No one is born with a frozen muscle. People ask for the frozen look because they’ve had it before, so they use that as their guide. There’s no need to actually freeze the muscle—all you want to do is relax the muscle. You don’t want to get rid of the character. When you get Botox for the first time, you’ll get the frozen look for a couple of weeks, but that will settle. When it does, you want that muscle to be less active—you want to train your brain to not use it all the time.”

Because I’m greedy, when I was presented with the first-time visitor questionnaire, I ticked that my areas of concerns were my smile, frown, and forehead lines. In reality, my frown line is the only thing that’s ever bothered me. Dr. Hkeik had me raise my eyebrows, frown, and then smile, and deduced that a few of my forehead lines (along with my frownie) were visible when I rested. He recommended having a modest amount of Botox injected into both my frown and forehead areas—my tiny smiles lines could stay. We both agreed I should keep some movement in my face, and then spent 10 minutes Google searching over-the-top, tragic celebrity Botox jobs, mainly to highlight what happens when you go overboard, but also because who doesn’t love a good before and after series?

The main thing I took from Dr. Hkeik was that great Botox is all in the application. He’s dedicated to an integrative approach when it comes to beautiful skin, combining minimal Botox and filler with treatments, sunscreen, and products that are tailored specifically to your skin concerns. He’s very much about the “less is more” approach, and is akin to an artist when it comes to his craft. “Injecting filler is like sculpting,” he tells me. “If you can’t sculpt, you shouldn’t be doing filler.”

I’m lucky enough to be in a position where I can visit one of the best surgeons in the country (world), but I wondered about those who aren’t in a financial position to do so. For people who aren’t flushed with cash, he recommends doing your homework and going to a professional who’s been at the same place for a long time, doing it on a regular basis, as opposed to heading into just any beauty salon, where the doctors are more likely to be more transient (and therefore less accountable).

I’m as neurotic as I am greedy, so my last question pertained to the long-term effects of Botox—something that !terrifies! me. Again, he assured me that if the Botox is injected correctly, and is a therapeutic dose, there shouldn’t be any negative effects in the long-term. If you’re doing too much, you can make the muscle atrophy. “As is the case with any muscle, if you don’t use it, it will shrink. Facial muscles are the same. If you don’t use them, they will shrink, and if they shrink, you will have to use filler. You risk looking older with no wrinkles, if that makes sense. Some women have very thin skin, and it can make them look skeletal—you don’t want that. You want some padding on the face. What makes us look younger is the padding. If you were going to go on the journey [of frequent injections], don’t get too much. Keep the dose realistic. Don’t aim for the frozen look.”

With this verbal primer and a little bit of ice to my lines, I went under the needle. I had no bruising whatsoever. At Dr. Hkeik’s recommendation, I went home, read a book, and abstained from exercise. Since having it done a month ago, I’ve been treating the tiny, smooth gap between my eyebrows like a newborn puppy or recently-acquired house plant. I monitor its progress daily, making mental notes on the ease at which I can move my face. While I’m enjoying the benefits of not looking like an angry old man yelling at a cloud, I’m not enjoying this obsessive new hobby much, either. What I do love, though, is not wasting energy worrying about two little lines on my face.

After swanning out of All Saints, my initial plan was to not tell anyone I’d had it done—a naive undertaking for a compulsive over-sharer. Whenever someone compliments me on my skin these days (which is a lot more since getting Botox, might I add), I’m all “THANKS! I just got BOTOX!” The reception of this has been varied, too: Those without ovaries or the societal pressure to look 12-years-old forever have been the swiftest to judge, while most of my girlfriends (even those opposed to the idea) have been slapping nothing but veritable high fives my way. I mediate the reasons I got it accordingly. “I get bad tension headaches,” I tell the naysayers. To the fence-sitters, everything is content. To the fans, I pass along Dr. Hkeik’s number, and implore they saunter through the lush, black doors of All Saints Skin Clinic themselves before allowing him to run his magical needle across whatever lines have immobilised their confidence.

That’s just my story, though. Remember those three women?