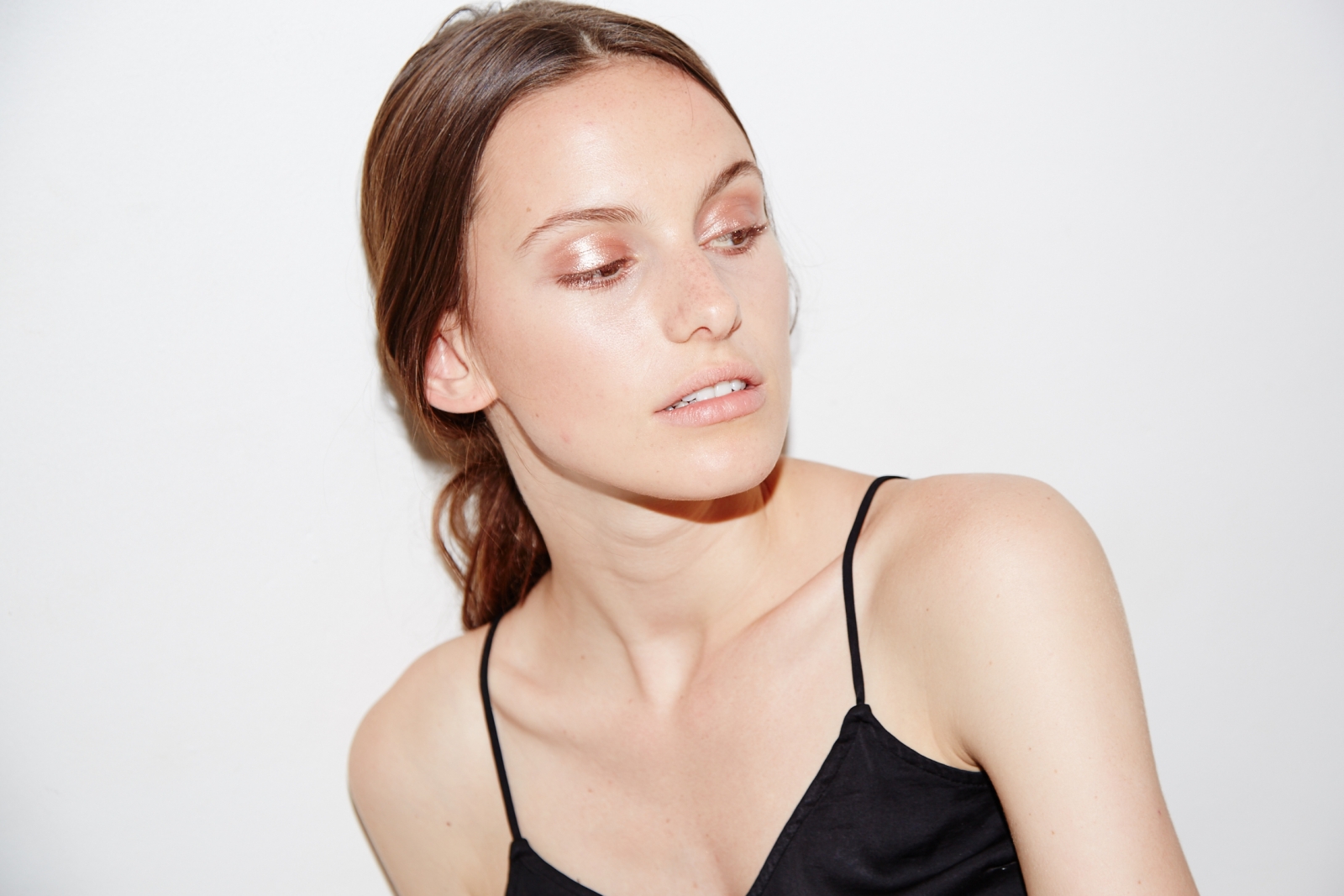 As a self-proclaimed minimalist and champion of the 'no make-up' make-up look, I find myself baffled (albeit pleasantly surprised) by what has become my most recent beauty obsession . Pink.

As a self-proclaimed minimalist and champion of the ‘no make-up’ make-up look, I find myself baffled (albeit pleasantly surprised) by what has become my most recent beauty obsession. Pink. The femme-coloured hue has been, of late, calling to my eyelids, swept nonchalantly across with a brush or finger; even at times dusting a little over bare lashes for a washed out, yet ethereal glare.

It all began on a Sunday evening whilst trying (and ultimately failing) to purge my top shelf of the bounteous clutter that resides there, before stumbling upon an old friend – my long lost collection of eye shadows. I found myself instantly drawn to one specific small pot of shimmery baby pink shadow, fittingly named Hippie girl, which you can still buy here (thank me later). Originally purchased on a whim at a Parisian Sephora during an admittedly tumultuous point of my life, this little gem was at the time reserved solely for late night escapades, as well as the odd rave. Could it have been some sort of mild identity crisis? A shame spiral that would later turn out to be a blessing in disguise? Or was I perhaps simply feeling the need to rebel in the wake of the abrupt and unwelcome return of winter?

Who knew pink eyeshadow could inspire such levels of existential inquiry? Either way, I have become utterly enchanted with pink eyeshadow, swiftly repurchasing my old Sephora friend, along with a creamy offering: Chanel Ombre Premiere in the shade ‘Lilas d’or’. I’m now frequently incorporating both into my daytime look, FYI, and it’s been a refreshing shot in the arm, or to be more specific, the eyelid, lighting up my face with a floral pop of colour beneath the low, grey skies of Stockholm through February.

Let’s be honest, it makes getting ready in the morning just a tad more glamorous. Not to mention the added bonus of its versatility – as it can ultimately be used as a blush and vise versa. The result is a subtle yet chic rosy glow that when paired with a natural base and a caress of cream blush gives a feminine yet modern look. I’m still unsure if my coworkers think I came straight from the club to the office with the sudden reintroduction of shimmer to my visage. But it undoubtedly helps with the miraculous feat of making me look more awake, perkier, even when I am half-asleep (no clubbing needed).

Pink eyeshadow has been a much-welcomed breath of fresh air in my current routine and if you too are going through a seasonal bout of makeup blues, I’d suggest you try it.