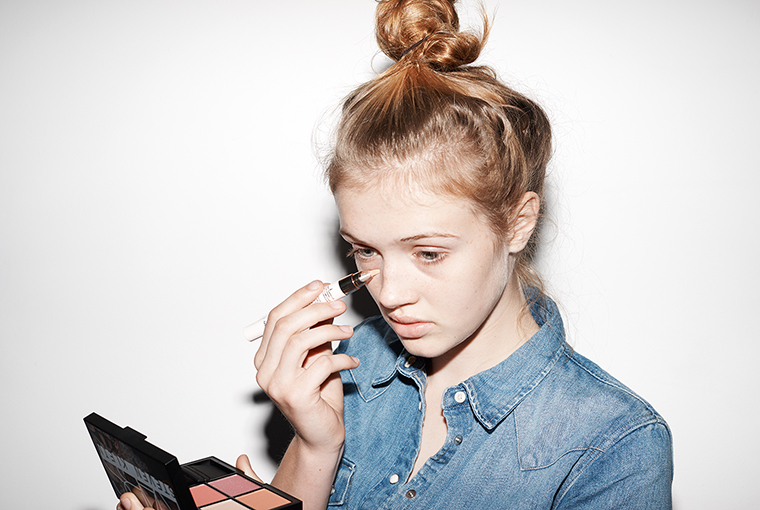 Ok, hands up who actually has time for 8 hours of sleep these days? No one? Yeah, samesies. Between that early morning boot camp sesh, the 9 to 5 grind, late-night Netflix binges and a silly season social calendar that rivals Gigi Hadid (srsly, girl is everywhere), we’re just trying to get out of bed without 5+ slams of the snooze button in the morning.

Bad news: All the old ‘too-many-glasses-of-Barolo-at-dinner’, 1am Insty k-holes and double shot espressos have left us feeling a liiiiiiittle less than fresh – mostly around the under eye area.

Good news: We found a way you can at least look like you had a good night’s sleep.

In the spirit of  beauty IRL, we decided to try make-up artist Charlotte Tilbury’s Mini Miracle Eye Wand. Partly because we’d heard rave reviews and partly because Miss T is just a little bit legendary – she’s prettied up everyone from Kate Moss to Cara Delevingne to Kristen Stewart (all on the covers of Vogue, Vanity Fair and V magazine, no less) over her 20 years in the industry and has spilled all her secrets into her beauty range.

And trust us, it’s good.

The wand is a dual-step, two-ended brush. Step one is a hydrating eye cream containing witches brew-sounding ingredients (Bio Extract of Salicornia, Magical Laricyl and Hyaluronic Filling Spheres, anyone?) that are tailored specifically to the sensitive skin under our eyes. When we brushed it on and patted it in, we felt a slight tightening and firming – kind of like Spanx for the eyes. After letting it set for a few seconds, we brushed on the Illuminate Under-Eye Reflector. Inspired by the silver light reflectors she saw photographers using on set, Charlotte’s second step contains millions of lightweight micro-particles that diffuse light from the skins surface making everything look like its in soft focus – classic Denis Piel in the bedroom style.