“Apply over the cheekbones sparingly and evenly with fingertips.”

“Blend down the bridge of the nose.”

“Dab along the cupid’s bow (above the lip) for a natural glow”.

“Use fingertips to highlight the inner eye corners, near the tear duct.”

You’re good to go. Slick your hair back and you’ll look like some sort of Bikram loving, 2L of H2O a day kind of girl. 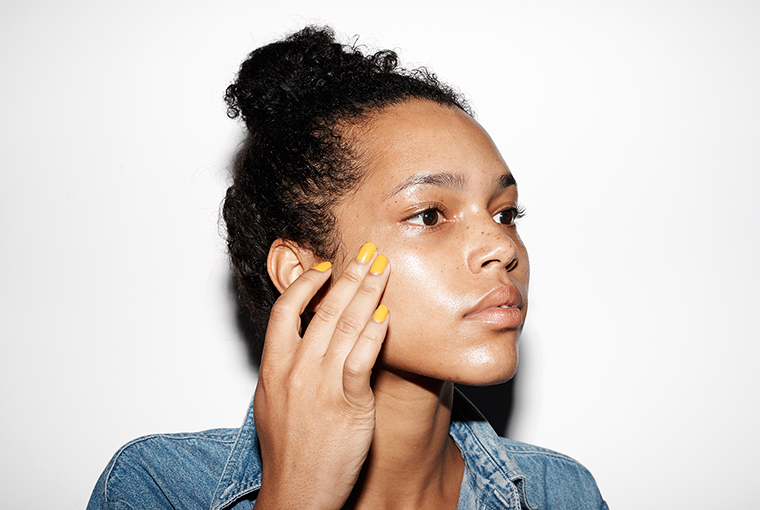 If you’re anything like us, it’s most likely that you spent the last two weeks drenched in champagne as opposed to detoxing at Chiva Som – nothing like a cocktail of back-to-school blues and dull skin to kick start a new work year. *Sad face*.

So we’ve all heard about the benefits of highlighting, but truth be told, it often conjures up images of silver flecked shimmer (shudder) or worse, something that resembles a bad case of strobing.

So when we stumbled across RMS Living Luminizer –  a light, gentle organic cream highlighter with a coconut oil base, aka glow-in-a-tin, it was love at first sight. The thing is, this isn’t your ordinary highlighter, it gives more of a glow rather than a sheen or shimmer, which naturally highlights the face. We don’t want to say wet look, because it’s not that, but the skin takes on a lit from within quality that usually involves 3L of water and a Bikram class.

It’s not often that you get compliments from a product, so when you do you know something’s up. Comments like “you’re looking so fresh”, “you’re glowing”, “have you been on holidays?”, “are you seeing someone?”…are just a few we’ve received while wearing it.

Anything that gets us looking this good, this fast? We’re down. Click through to see how it’s done.