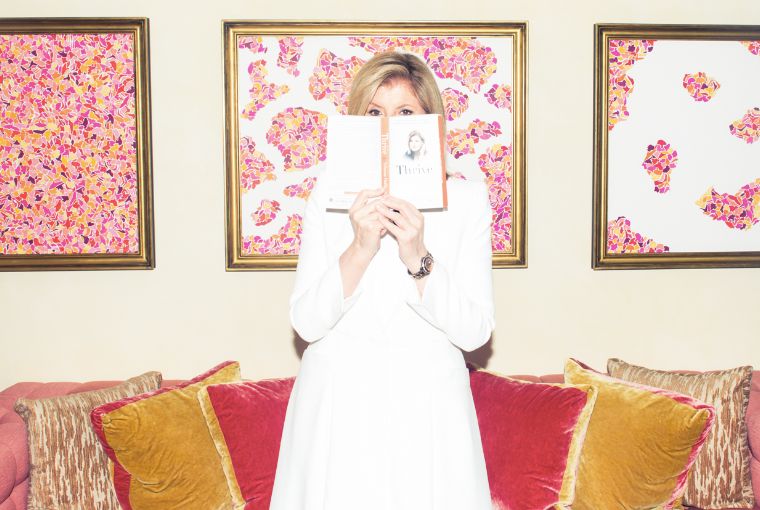 Arianna Huffington Is Optimistic About Society’s Relationship With Sleep

It was a day I’ve talked and written about dozens of times — the day I collapsed from sleep deprivation and exhaustion, broke my cheekbone and woke up in a pool of blood. For me, it’s a prime example of how good things can come out of bad things — how, very often, events that come to define our lives in positive ways would never have happened without events that were painful and sometimes, yes, even bloody!

For me, that day literally changed my life. It put me on a course in which I changed how I work and how I live. It put me on a course of writing two books, Thrive and The Sleep Revolution. And, not long after that, it led to me leaving a very successful company I co-founded and ran for 11 years to launch another one, Thrive Global.

So collapsing into a bloody mess might seem an odd thing to celebrate, but it was the seed of an amazing ten years for me. And, in fact, one of my goals with Thrive Global is to provide a softer wake-up call, to provide the catalyst for other people to get on a different course that can bring just as many positive changes to their lives without hitting the wall–or the floor!

But even though much of my life has changed, what’s amazing as I look back over these eleven years is how much the world has also changed. Burnout–and awareness about its dangers–is now a front-burner topic, both collectively and individually. It’s a part of our everyday conversation and, collectively, it’s finally coming to be regarded as the public health issue it is. More and more people are coming out to talk about their own wake-up calls, or how they changed their lives, or just about problems they’re having changing the way they work and live.

What’s notable isn’t just the insight, but that we’ve reached a point where more and more people are ready to go public with stories like this. We’ve finally gotten to a time in which it’s not burnout that’s considered a sign of strength, but avoiding it. That’s a huge change.

And as this has happened, the ways in which we avoid burnout have also come out of the shadows. We’ve gone from a time in which meditation and mindfulness were seen as vaguely flaky and new age-y to a time in which CEO after CEO comes out discussing the ways prioritizing their well-being strengthens them as leaders. There’s Mark Benioff, CEO of Salesforce, Padmasree Warrior, CEO of NIO U.S., Ray Dalio, Chairman and former CEO of Bridgewater, Mark Bertolini, CEO of Aetna, Barry Sommers, CEO of the consumer bank at Chase, and Melinda Gates, Co-Chair of the Bill and Melinda Gates Foundation — talking about their meditation practices just as freely as they talk about their business projections.

In 2007, it was cultural attitudes about sleep as wasted time and lack of awareness about the dangers of burnout that were the problem. Eleven years later, awareness has begun to catch up to the science. But now it’s technology that’s the challenge. As the report puts it, it’s both a threat and an opportunity. This is a time of incredible transition: changing attitudes around burnout, a golden age of science around performance, stress, sleep and well-being, and the feeling that it’s never been harder to find downtime, to disconnect, to recharge.

Technology is granting us unprecedented power and opportunities to do amazing things — but it’s also accelerated the pace of our lives beyond our capacity to keep up. We all feel it — we’re being controlled by something we should be controlling. And no matter how much we’re aware of the science behind burnout and well-being, our ability to focus, to think, to be present, and to connect with ourselves has never felt more imperiled. This — our relationship with technology — is what’s going to be the protagonist of the next ten years of this story.

Right now, a decade after the smartphone, we’re at an inflection point, one in which technology, as well as enabling many wonderful things in our lives, is fueling the stress and burnout epidemic. We’re addicted to our devices and they are harsh taskmasters, mining our attention and our focus and keeping us in a permanent state of heightened stress and expectation. According to a recent survey, over 70 percent of Americans sleep with their phones next to them. And during the day, we check them an average of 150 times a day. And, as practically everybody I meet as I travel around the world tells me, this just isn’t sustainable.

So, we still have a long way to go. And my hope for what will happen long before the 20th anniversary of my wake-up call is that we’ll now move from knowing what to do to actually doing it. We now know stress and burnout are literally killing us. We know they make us worse, and not better, at our jobs. We know that our relationship with technology is damaging and unsustainable. And we know about the many tools and strategies that can boost our well-being. The science is clear on all of it. The mission now is to heed the science and change the way we work and live.