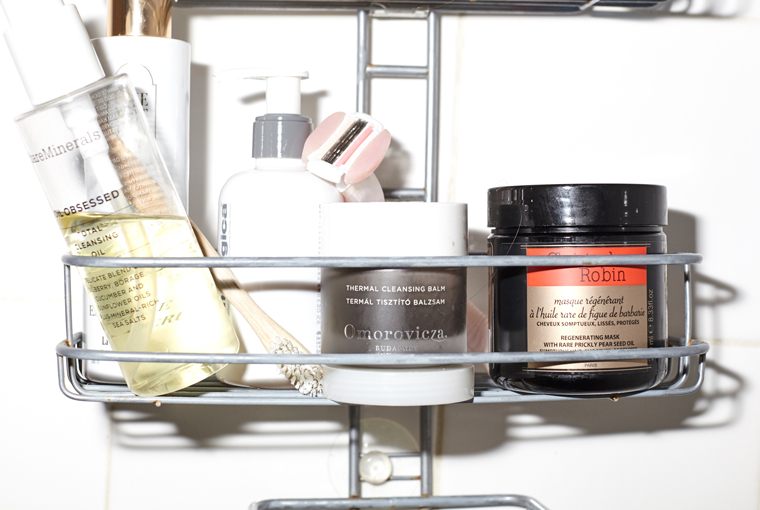 OK, so confession: we don’t spend a lot of money on cleansing. In fact, when deciding what beauty products we need most, we’re the first to admit that cleansing usually comes last. Why? Because we invest in our serums and our moisturisers first. And dang, any money left in the piggy bank usually goes towards that vintage bomber jacket we’ve had our eye on for weeks.

But we recently discovered, after one totally revealing conversation with skin guru, Melanie Grant that cleansing is one of the most important steps, morning and night.  We totally understand the night routine, but the morning? Turns out, as toxins are eliminated from the skin overnight, the AM cleanse is just as important. News. To. Us.

And when we recently read an interview in W mag with model Barbara Palvin on the health and skin benefits of thermal spas in Budapest, we turned to Hungarian brand Omorovicza and their cult  Thermal Cleansing Balm. We’d heard big things about this cleanser (and cleansing balms in general, but more on that later) and we wanted to see what all the fuss was all about.

Basically, this is like a black silky mud that glides on the skin and feels totally active (as in, it’s actually doing something worthwhile) and the only cleanser that has ever made our skin feel truly alive. Containing mineral-rich healing waters found in Budapest’s thermal spas – seriously, though… google the miracles – it’s mineral-rich, which means it has multiple health benefits for your skin.

Helpful hint: You’ll want to use a muslin cloth to remove. As it’s a balm, it’s richer and will create a slight film over your face. But don’t be deterred by this folks, the magic is just beginning.

And look, it’s not cheap. But it’s worth the investment if you’re looking for skin like Barbs (without the cost of a ticket to Budapest).