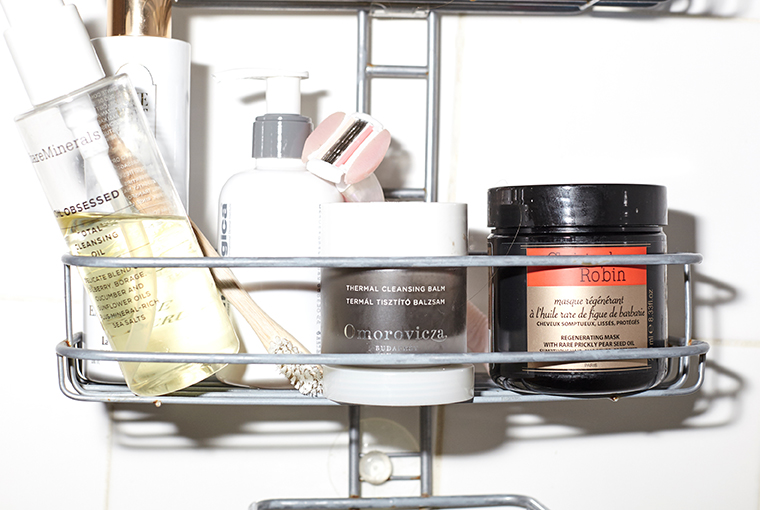 We review a lot of products here at THE FILE HQ; we like to keep the edit tight, and the products five stars because, well, we don’t like to disappoint.

And look, when a product is great, there’s often a spectrum. There’s a, “oh, great, this thing does exactly what it said it would”, and then there’s the stuff that knocks your socks off because, well, it’s kinda life changing (seriously).

The Christoph Robin Regenerating Hair Mask with Rare Prickly Pear Seed oil mask falls into the latter category. (Yes, that’s actually what’s it’s called. And no, we don’t know what a prickly pear is either). We first heard about it when we interviewed Kathleen Baird-Murray (only one of the most highly esteemed beauty writers in the world, ahem) who listed it in her top 5. Note to selves: If KB-M swears by it,  everyone needs to own it.

When it comes to hair we have to admit, not all hair is created equally. Some of us are a little less blessed in the hair department, not because we’re genetically impaired, but because we’ve heat treated it, coloured it within an inch of its life and haven’t owned a hair brush in 5 years. So we’re perfect candidates to trial a mask that claims it rescues dry, dull, and damaged hair from all the trauma of life.

And we’ll be damned if it didn’t do just that. Apparently, Prickly Pear seed oil is pretty sought after in the haircare world as it’s meant to penetrate the hair shaft, leaving hair soft and shiny. Throw in “100% natural repairing agent” and you have a mask that not only repairs and protects the lengths of your hair, but also stimulates your scalp and prevents further breakages.

If you’re not already sold, Christoph Robin tries to keep it natural(ish) and doesn’t use parabens, silicones, SLS or ammonia, so he gets our vote every.single.time.

At the end of the day, the ultimate test for all hair care products is knowing you can wash and go. As in, no fly aways, no dry frizzy ends, just perfectly moisturised hair that doesn’t need extra styling. And if that’s what you want, this could be just the ticket.