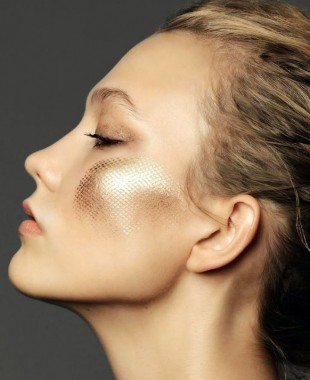 Hell, we’ve even sucked-up the courage to brave it though IPL (which didn’t even turn out to be that scary).

But at what point should you draw the line? Probably the point when you start paying people to slather sheep’s placenta on your face, we think.

But you know what they say – don’t knock it if you haven’t tried it.

So rather than sitting here pondering the sheep placenta extraction process, we decided to research the most bizarre treatments getting the thumbs up.

Here’s what we found…

They’re calling it nature’s answer to Botox. Basically, something called melittin (from bee venom) tricks your skin into thinking its been stung so it hits the panic button, which increases circulation and sends collagen to the surface.

It is what you think it is. Donatella Versace, Victoria Beckham and Kim Kardashian have been there, done that. It’s actually not as strange as you might think – you can get a sheep’s placenta facial in the Medispa at Harvey Nichols.

This one’s tried and tested – in Japan, Geishas have used nightingale poop to preserve their luminous glow for centuries, hence it’s name the ‘Geisha facial’. Call it a coincidence, but the Japanese name for it is Uguisu no fun. For reals.

Sounds like something only Kanye (ok, and maybe Drake) would do, but gold is said to have highly-effective anti-ageing properties. Apparently Cleopatra used to sleep in a gold mask to enhance her beauty and preserve her youth. Sounds uncomfortable to us, but ok.

Also known as the Kim Kardashian facial thanks to the scary bloodied-up selfie she posted on Instagram after her treatment. Basically, you have your face injected with platelet-rich plasma derived from your own blood which is supposed to improve the signs of ageing and boost the skin’s overall appearance. It looks messy, but people say it works.

As in live, slimy things let loose on your face to release their mucus, which is supposed to help your skin retain moisture, soothe inflammation and act as an exfoliant.