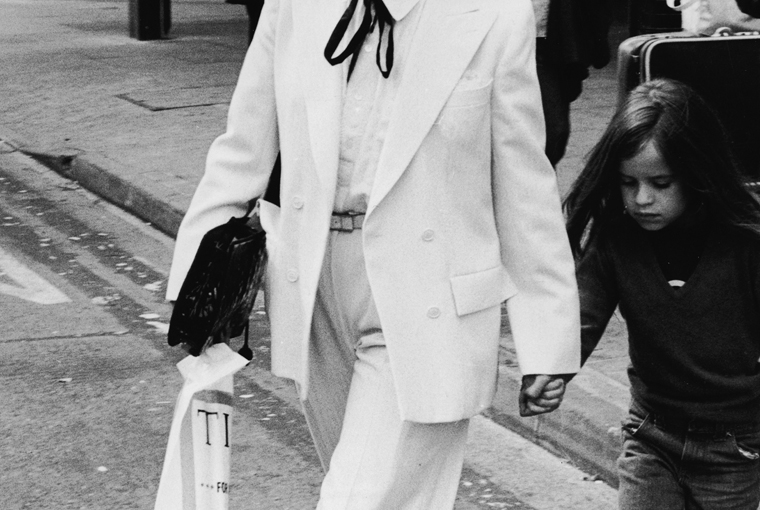 Lessons From My Mother On How To Wear the Pants

My mother is a strong-willed woman. When she was a small girl and wasn’t getting her way, she’d hold her breath until her face turned blue and her opponent gave in out of fear that they may inadvertently drive a child to death by stubbornness. My grandmother, she once said, could pick up a snake by its tail and, with one deft whip, would crack its spine to protect her children. I’d look at this small yet sturdy woman, all 4’11 of her, and think, how the fuck did she do that? I never did see this party trick in person; and I think it’s safe to say that at 80 years old her snake whipping days are through—though she can still build an army from her couch. Use your walking stick as a tool for delegation and you’ll soon have everyone scurrying around like ants.

Until she was 14, my mother wore heavy earrings that dragged her earlobes to her shoulders. Running to school from her longhouse barefoot, those solid brass weights heaved around her face like wrecking balls, meaning she’d often loose out to the boys. That made her madder than my grandmother did the snakes. For her, it was coming first, or nothing at all. A few years later, on becoming Head Prefect, and, upon receiving her final marks—placing her among the top four students in the village—she was put on a plane to Australia to study medicine.

And that was that.

When I was young, she traveled a lot for work. When I began university, she began her second Masters degree on top of a demanding full-time job. She’d stay up until 3am to get her coursework done and rise again at 6am to go to work. She wore the pants. When I’m older, I want to wear the pants, too, I often thought.

Like most women, she cared about beauty and aging and all that represents in our world. Before I had reached high school, she insisted I use vitamin E oil and sunscreen. Good grades meant another cream from Clarins. She wanted her daughter to get ahead and she understood that beauty talks; though she also understood that financial independence talks more, and when I think about it, those are the lessons that stuck the most.

When you come from a remote village in the highlands of Borneo, where ornate tattoos, long necks, and longer earlobes are considered the apex of beauty, the lessons she learned from her own mother were relics from another time. Beauty paled in the face of hard work: if you could spend 14 hours harvesting a rice field, you could do anything with your mind.

In the end, I never needed my mother to teach me how to wash my skin, nor how to “strobe” or “contour.” What she gave me instead was her unyielding determination and diminutive stature, and a free pass to the unrivaled beauty of the Sarawakian rainforest and its people.