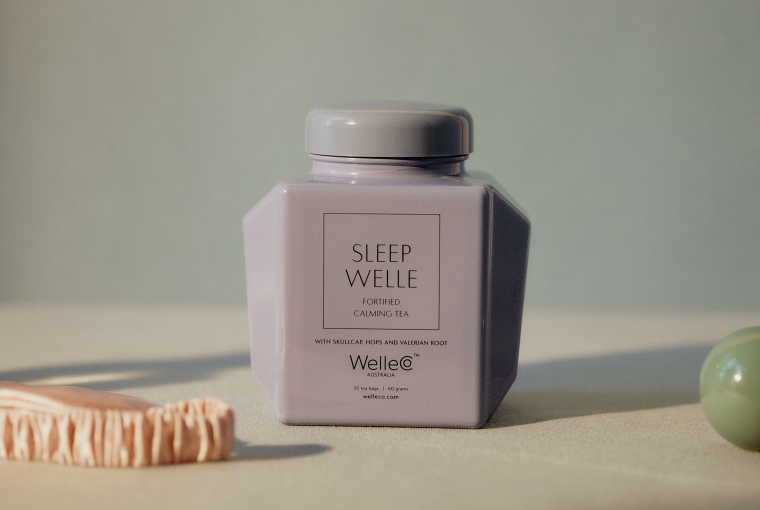 Presenting: THE FILE’s Beauty Sleep Awards. In honour of sleep, we took it upon ourselves to tirelessly vet products that claim to aid sleep in any way, shape or form. So tirelessly, in fact, we stayed up late with pen and notepad swatching lotions and burning candles and spritzing pillows all in the name of Sleep Week  (an irony that is not lost on us for a moment). Here at THE FILE, it was all in a hard day’s work and a good night’s sleep. The verdict? It was totally worth it for we’ve found a round-up of products that not only make our skin beam but that also taught us to incorporate nurturing rituals into our PM routines. Stay tuned over the course of the week for the full reviews. And of course, sweet dreams to you all.

For much of my life, I had trouble sleeping. From childhood through my twenties I tried everything to help me fall asleep: reading until my eyes hurt, naturopath-led diets, herbal tablets that paralysed my body but left my brain going full steam. But nothing worked long-term.

Then five-ish years ago, my insomnia disappeared. It turned out my newfound slumber skills were due to antidepressants. I’ve been medicated for depression since I was nineteen, but in my early thirties my condition worsened, and I need stronger drowsier drugs.

So now I have the opposite problem and waking up is almost as hard as falling asleep used to be. I’m probably not the best person to evaluate the efficacy of a tea created to aid sleep, but I also suffer from anxiety and Welleco’s Sleep Welle Fortified Calming Tea claims to help with that too.

Before I put on my fluffy robe and get into the tea-drinking part of this review, let me give you a little background. Welleco was co-founded by Elle Macpherson and Andrea Horwood, the creator of Invisible Zinc. The unfairly beautiful pair share the philosophy that “Wellness is a gift”. Personally, I’d prefer a handbag or a trip to Greece, but a gift’s a gift. The company makes what they call ‘ingestible beauty,’ which is mostly dietary supplement drinking powders“for those who love to feel and look their best” I thought that was everyone but maybe I’ve just lived in Sydney’s Eastern Suburbs for too long.

A proviso on the Calming Tea box begins,“Don’t be put off by the pungent odour!”And it’s true, the tea smells awful. Made from a mix of herbs including Valerian root, skullcap and hops – which would be an awesome rap crew – it’s as pungent as the box is pretty. But it actually tastes great. Lemon balm, passion flower, natural mango and natural lemon flavours work together to counteract the power of the rap crew and create a very pleasant flavour indeed.

Look, I’m pretty cynical about the increasing use of the term “wellness” to hawk everything from yoga classes to glorified stock. But perhaps, as wellness and I are such strange bedfellows, I’m actually the best person to review this tea. The verdict? I love it. It’s super calming and hydrating and I really feel like it’s helping me have more restful sleep.

And on that note, it’s 11pm and, being Sleep Week and all, I’m going to close my laptop and make a pot of Welleco goodness.