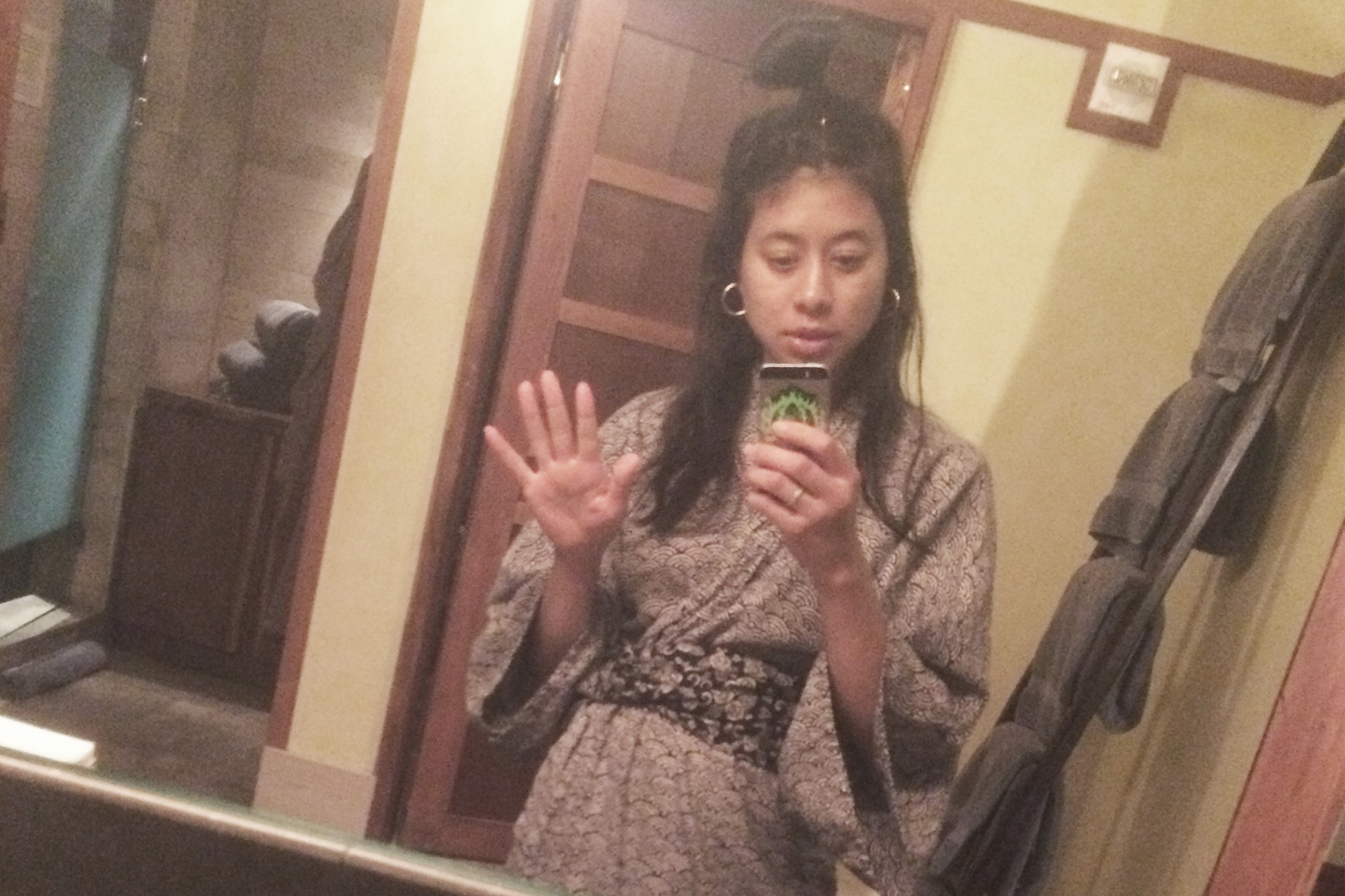 Mel Kenny, writer and friend of THE FILE, recently spent time in New York City — the land of bagels, cosmopolitans, and some of the best facialists in the world. Since we love Mel, and she loves pursuing great skin (especially after her skin decided to do a number on her in her late twenties), we sent her to four of the best spots in town. Welcome to her first review — a detailed account of what goes on behind the famed doors of Shibui Spa. Take it away, angel!

Skin is a fickle organ. In fact, sometimes it’s viciously disobedient, producing more anomalies the more money you throw at it. Anyway, my skin is being stupid right now. It’s been stupid for around 18 months, actually, with recurrent smatterings of below-the-surface acne on my cheeks, and every single month, one monumental cystic pimple. Very unsightly, very sore. Why, tho? Stress, presumably. The thought of elaborating arouses even more stress in me, so let’s leave it at that. While my immodest conglomeration of cleansers, exfoliants, moisturisers, and masks sometimes do what they ought to, sometimes you just need to let someone qualified fondle your face, particularly when you find yourself in New York City — the home of the best facialists, spas, and skin clinics in the world.

We turn now to the story of one acne-prone girl with combination skin (me) and her excursion to one of four of New York City’s best and brightest: Shibui Spa. (For anyone unitiated, it’s a rather exclusive locale, located in the Greenwich Hotel in Tribeca and owned by some guy named Robert De Niro.) “Restore your skin’s firmness,” the menu whispered. “Infuse every pore with a blast of pure oxygen,” it cooed. Open were my eyes and heart, ready were my pores.

After not slipping into a fluffy white robe (cliche) but instead a soft cotton kimono (handsome, chic), I enter the mezzanine pool level. It is ravishing. I would describe the quiet spectacle as Japanese reverential meets modest millionaire. An alternative, more sexed-up way to describe it is the exact pool scene from Wild Things, minus the sex. One of the most luxurious milieus I have ever had the pleasure of being in.

Beyond the thoroughfare that is the pool area, I am led into my treatment room — low lighting, the same solemn quietude. I get the Oxygen Facial, which unfurls as a series of plant-based (largely organic) masks worked languorously into the skin, designed to decongest while hydrating. The oxygen-boosting glycolic peel is magical business. The formula glides on like liquid granite before producing a very satisfying tingle. The science is: The mask “rapidly penetrates the skin and releases pure oxygen molecules into the epidermal layer.” The feeling is: As if your every pore is percolated with cucumber flesh (in a good way). I fall asleep briefly as the mask sets and come out the other side like a frosted martini glass — visibly hydrated and slightly cocky.

Next up, some small extractions. After steaming, my aesthetician comes at my cheeks and chin (an additional war zone I neglected to mention) with bare fingers. She’s distracting me with funny and relatable commentary about overeating on vacations. I giggle and agree and make a depraved admission concerning a Mexican food cart and my pathetic body one 5am hobble home (“We don’t have food carts in Australia! It’s so easy to drunk-eat here!”) and with this sophisticated tête-à-tête to focus on, I am barely conscious of the gunk being ripped from my face. We finish with another cool tingly mask that I am too relaxed to note the name of.

The most zeitgeist-y of skincare descriptors are dewy and glow-y, and I’m excited to report that I leave looking both of those. I have what appears to be a post-exercise sheen, without the sweat. It’s really something! Furthermore: Extracted areas don’t appear red, and they are less textured; flatter. Furthermore still: I am calm, refreshed, and I know the cantankerous car honkers of New York will eventually undo me, but let’s live in the moment, okay?