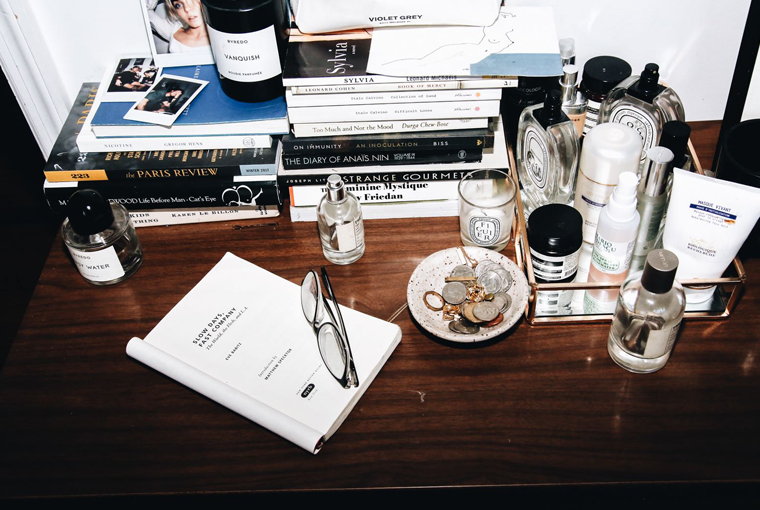 The Book That Will Make You Relish Being A Woman

The plot of Slow Days Fast Company is by no means remarkable. It’s a languid read (though too good to be called a beach one); a handful of gossipy vignettes from Eve Babitz’ own heydey – as she swirled amid the bright young things of 1970s Hollywood. It’s flighty and gossipy and seemingly disjointed, essentially an ode – a love letter – to Los Angeles; with all the lavender sunsets and vapid parties and benders at the Chateau Marmont you’d expect expect from one. You can’t write a book about LA anyway, she insists, “that doesn’t turn around in the middle and get lost”.

For all the champagne and scandal, what makes this novel compelling (at least to me), are Babitz’ notes on beauty. And at the risk of sounding as lame as I actually am, it’s a book that will make you relish being a woman – curves, folds, dimples and all. I’d recommend it to anyone who has worried about the size of their hips.

Babitz is a vixen; voluptuous and unpolished and laceratingly wry. She’s both the hot girl and the smart one; equal parts seductress and scholar. She’s fascinated with sex and with skin, and for all her flaws, for her “being too fat and everyone else being just right”, she’s sure of herself in a way we’d all do well to be. Despite arched brows, violent contouring and rake thinness being (somewhat persistently) in vogue, she makes a case for the raw, ethereal charm of a face that seems awash in health, and revels in the primal logic which draws men to her.

She understands the subconscious appeal of white teeth (“you never think of nice bones pulsing away in clean, healthy calcium, but some inner conclusion is jumped to by people who see nice teeth”). Her skin – by her own admission – radiates its own kind of moral laws. She’s got that ripe, blossomy, peaches-and-cream allure; the kind which implies strong genes or maidenesque fertility or whatever it was that made us all want to fuck in the first place. Her blush – Shading Rouge – by Evelyn Marshall, ‘makes most people look like they’ve stepped out of an English landscape one hundred years ago’. She’s done with clothes that ‘you could only wear if you were ten years old and raised on English cabbage’ and refuses to starve herself in the name of beauty. She’s all woman, all sex. Soft thighs and bright cheeks. I imagine her often as Jessa from Girls. Any fool, she assures us, would want to sleep with her.

Thirty-one years later and there there are no shortage of people – or brands – peddling the self-love memo. It’s overdone, and a little lazy. What makes Slow Days Fast Company so wonderful, is that rather than tell us to love our bodies, Eve merely shows us how much fun we could have – how cinematic and unserious life could be – if we choose to.

‘There is something fascinating about a person’s face when they’re not falling apart because of their imperfections and self-loathing. Pleasure is a lure. When you’re smiling, the whole world would rather smile with you and have another watercress sandwich than ponder the universe with an ex-Beatle. The first time I realised this was the night it finally rained. It had become clear to me that beauty has nothing to do with fashion, that love can conquer anything, sex is art, and let’s see… hope springs eternal. I love the rain.’