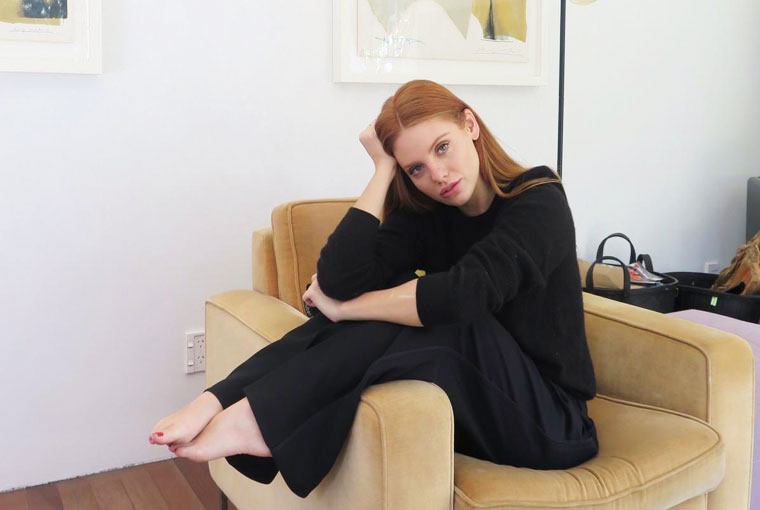 How Facetune Warped My Self-Esteem. And Why I’m Quitting.

Picture this: right now I’m sitting in bed, scoffing down a slice of pizza. My hair’s in a messy bun and ~full disclosure~ I may have crumbs scattered across my face. I’m not wearing a speck of makeup and my barely there blonde eyelashes blend into my skin. Remember that film from your childhood, The Princess Bride? Well, I look less like a young Robin Wright, more like Carol Kane on a much-deserved carb holiday. Now, compare that visual to the girl on my Instagram page and I doubt you would acknowledge us to be same person – and truthfully, we’re not.

The images on my feed are carefully curated and perfected versions of myself. It’s not only the fact I’ve brushed my hair and applied a slick of mascara that makes us two separate people, but also the plethora of Photoshop-like apps used to accentuate my best features and diminish the ones I’m not so fond of.

I’m not exceptionally proud to admit that I have bowed to the temptation to Facetune a ‘selfie’ here and there, but I am becoming more aware of the culture that gives rise to this unhealthy compulsion.

Of course, conforming to the pressures to look good feels like old news by now. There will always be another new fad diet or some trendy new contraption created to cinch waists and slim thighs. Thanks to the Kardashian’s and ‘Beau-Tubers’ alike we have now all learned how to carefully contour our faces into sculpted works of art. However, unlike the widespread use of photo editing apps, these beauty hacks are only temporary.

With these apps now as ubiquitous on our phones as Instagram, we have created a barrage of online imagery that is distorted and divorced from reality, if not downright unattainable. No matter how many Pilates classes I sweat through my waist will unfortunately never look like the one I post online. No matter how many highlighters or ‘strobing’ creams I buy, nothing in real life will ever compare to the glow filter on Snapseed.

The phenomenon of Facetune is so widespread that meticulously edited photos feel impossible to avoid and furthermore, hard to detect. Facetune’s first version has been downloaded more than ten million times and the second version, twenty million. We are stuck in an ongoing cycle of comparing ourselves to images that are not real and what’s worse, they are subliminal. If you’re not already familiar with Body Dysmorphic Disorder (though I’m sure you are), it was a term coined in the Eighties, first diagnosed in 1987, and later became a popular phrase used to describe a growing wave of eating disorders in the Nineties. Without wanting to sensationalise the issue, at times it can feel as if the pressure to present the perfect image online warps the way I see myself offline.

Put all of that together and you’ve got the perfect storm for rising levels of anxiety neatly sliced together with a wounded self-esteem.

Our social obsession with retouching our selfies is leaving us with strong feelings of inadequacy. By manipulating each and every photo, we are doctoring unachievable standards of beauty and leaving behind a digital footprint that fails to see the beauty in our so-called flaws.

In a quest to challenge my own ideals, I recently did something that I could have never imagined myself doing. I posted an unedited selfie to my Instagram story right next to an edited version. Oh, the horror of exposing all of my secrets!  What I found instead was that it was surprisingly liberating. It was the first time since 2015 that I had posted a non-filtered, non-Facetuned photo, and secondly, because almost all of the women who replied said they actually preferred the unedited version. Have I been led to believe that only the smooth-skinned version of every photo is the best one?

I have come realize that being constantly bombarded with doctored images is not only unhealthy, it’s also warping our perception of what’s good enough.

Addicted to Perfection author Marion Woodson says, “It is in seeking perfection by isolating and exaggerating parts of ourselves that we become neurotic”.

And isn’t that exactly what Facetune does? Exaggerate only the best parts and isolate the rest?

If we continue to edit out our not so good features and only leave the best, we are teaching ourselves to become ashamed of what we truly look like. And while I cannot imagine any of us quitting Facetune or apps alike anytime soon, I do believe the antidote relies on consciously striping back the amount of time invested in using these apps, or limiting the amount of time spent scrolling through our feeds altogether.

If we cannot learn to accept our imperfections and show them to the world, we will never come closer to giving ourselves the ‘self-love’ we deserve.