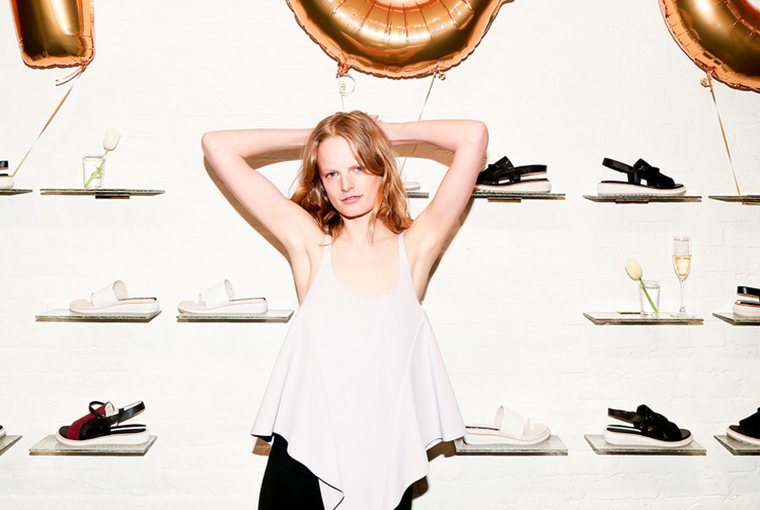 We Need More Hanne Gaby Odieles In The World

Being in the public eye can’t be an easy job. Behind every second keyboard there seems to be a savage who wants to bring a celebrity down a notch — as if it’s their right as a user of the internet — by spewing vitriolic hate at them in the comments section of their social media accounts (of which they obsessively follow). It’s a bizarre phenomenon at best and, at worst, a sad indictment of our society and the way we simultaneously praise and berate our idols. I’ve read comments so nasty that, contrary to what I’d hoped for myself as a 10-year-old, I feel thankful for my high levels of anonymity.

Whenever a high profile figure reveals something that places them on the other side of “normal” knowing perfectly well the backlash and ~controversy~ that could ensue, I am overwhelmed with admiration. The latest hero to do so is Belgian model Hanne Gaby Odiele, who came out as being intersex in an exclusive interview with USA Today. She cited successful transgender models like Hari Nef and Andreja Pejic as being solid inspirations for going public, but as the article highlights, her decision is all the more commendable considering it’s hard to think of even one well-known, openly intersex person in any field. While it shouldn’t be, being born as intersex is still largely seen as the last taboo.

Perhaps this is why so little is known about intersexism. As the article states, “up to 1.7% of the population is born with intersex traits, according to the United Nations — a figure roughly equivalent to the number of redheads.”

When Hanne was 11, she had her undescended testicles removed after her parents were told it’d lessen her chances of developing cancer, and because she “would not develop as a normal, female girl” without surgery. Under the instruction of the doctors, her parents concealed the real reason behind the surgery, and she was told it was because she had a bladder problem. It wasn’t until she was 17 and researched why she was a “sad mess” that she found out that she was intersex.

“It’s not that big of a deal being intersex,” she says. “If they were just honest from the beginning… It became a trauma because of what they did.” As such, her main goal with coming forward as an advocate for intersex people is to help prevent “crazy surgeries that are irreversible and nonconsensual, done when you are much too young.”

“It is very important to me in my life right now to break the taboo”, she says. “I want to live authentically as who I am and help to break down the stigma that intersex persons face—but also to use the profile that I’ve built through modelling to give back to those without a voice. I want to be there for people who are struggling, to tell them it’s OK—it’s one part of you, but it’s not who you are.”

We need more courageous champs like Hanne who are comfortable enough to be their authentic self, even if it’s in a judgemental and ignorant public sphere. You rule.