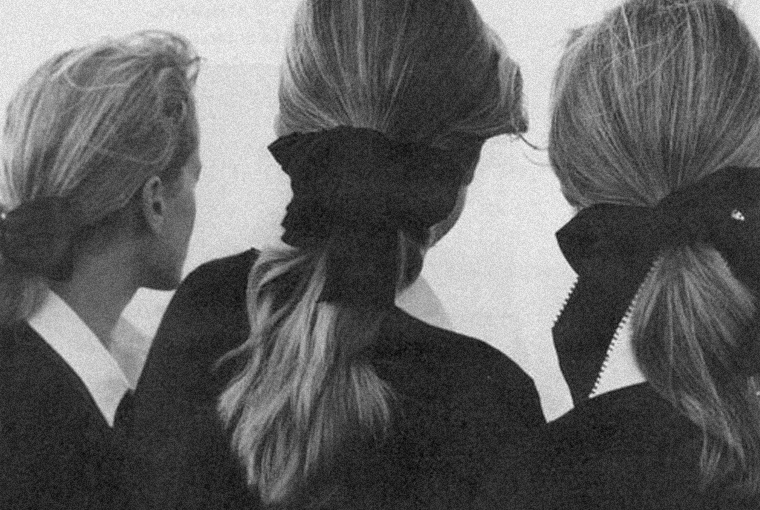 The Politics And Power Of Female Hair

It’s hard to forget the time my best friend called me from a hair salon sobbing hysterically. She was young (barely 16), it was the Noughties, and she had wished for Jessica Simpson’s long, waist-length layers the colour of a wheat field at sunset. Instead, she got something between a bob and mullet. It was truly awful. And I’d be upset too, though I remember wondering why, as women, we grow so attached to the semi-dead stuff hanging from our heads. It’s just hair, after all.

“Spots, tears, botched dressmaking, and bad hair-dos are catastrophes still more serious than a burnt roast or a broken vase, for not only does the woman of fashion project herself into things, she has chosen to make herself a thing,” wrote Simone De Beauvoir in Book Two of The Second Sex, ‘The Woman’s Life Today.’ “Today” was 1949, but if we are to measure what she said by my best friend’s despair—and that of all those who have ever survived a tragic haircut—the same idea still rings true.

As women, our hair is not just a site of beauty. It is one of politics and power; and, because of it, we have suffered a very long and violent history. In the myth of Medusa there was revenge, an illegitimate horse child, and a beheading. For Rapunzel, there was a jealous witch and a consequent cut that resulted in the loss of love and femininity—that was, until her hair grew back.

During the Victorian Era, the feminine ideal involved really long hair. The drapes that brushed their waists and swept the floor was seen as one of a woman’s most valuable assets, one that she could only let down for the eyes of her husband who probably wasn’t interested anyway because the Victorians absolutely HATED sex. Unbridled hair was synonymous with unbridled passion (again, something the Victorians hated), and so, when in public, a woman’s hair had to be brushed back and ornately arranged… unless, of course, she was posing for a pre-Raphaelite painter. If you look at paintings of women from the 19th century, they were beautiful, angelic, serene subjects, framed by long, tousled manes. Often, she’d be brushing or touching her hair while looking vacantly into space or a mirror. That, or she’d be smiling with her hair strewn over the pot of basil in which she had buried her dead lover’s head.

Some 100 years later, in the 1920s, women took their hair back into their own hands. They wore androgynous, straight-cut dresses with cropped, bobbed, and waved hairstyles. From that point on, hair has continued to be our very own walking billboard for rebellion and self-expression. Skip forward to the punks, with their shaved, coloured, spiked, and teased mops that flipped off tired notions of conventional beauty. Had the Victorians seen the women of punk, they would have thought they were in bed with the Antichrist… and may have quite possibly enjoyed it. Punk women expressed everything the Victorians repressed: anger, rage, violence, sex. They screamed, swore, spoke their minds, wore leather, and let their limbs and hair hang out as a political statement in and of itself. They continue to do so to this day.

Time really does heal all wounds. Over time, women have gained greater choice and control over what they do with their hair, among other things, such as birth control and maternity leave. Over time, my friend’s mullet grew back into a natural, curly, strawberry blonde, salt-strung, unwashed, Botticelli-esque masterpiece. She recently cut it a little too short, and the curls sprung around her face into a bob—only this time, she shrugged her shoulders. “I kinda like it… I think,” she said. “Anyway, it doesn’t really matter. It’ll grow back eventually.”