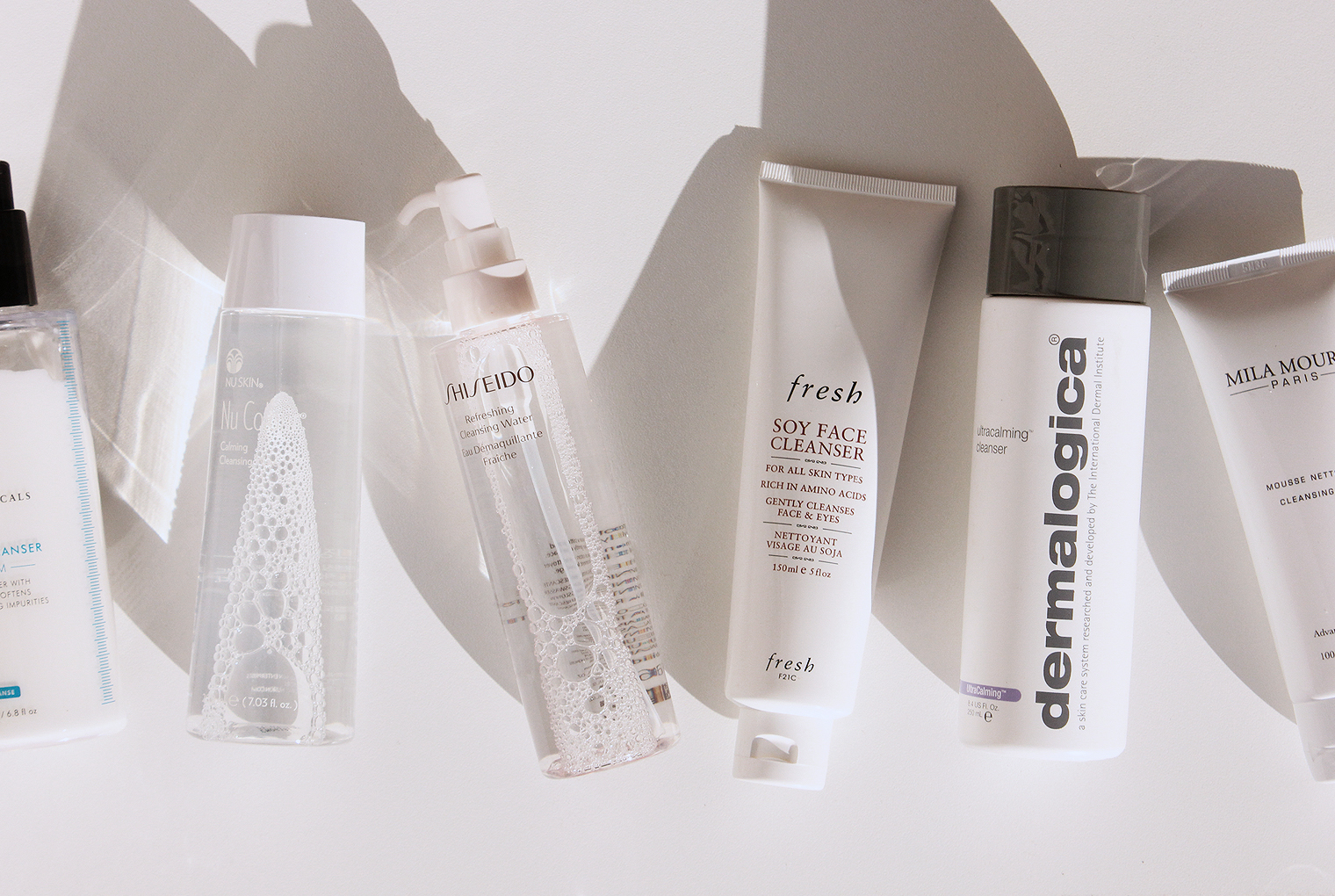 When it comes to cleansing, I tend to fumble for whatever’s on hand. More recently, that involved two weeks lathering up with a Cetaphil body wash perched on the corner of my bathtub. Shock horror, I know. Perhaps this has a lot to do with the fact that I was (a) being lazy, (b) have tough, normal-to-combination skin that can handle almost anything that I assault it with, and (c) out of the many products I scramble for, finding the perfect face wash has always been low on my list of beauty priorities.

How wrong I was.

After spending two weeks trialling a handful of gentle cleansers, from creams to waters and gels, everything was looking a whole lot more balanced, hydrated and, if I may describe a complexion in this way, ~chilled~. By the way, why do people of the Internet ~do this~? I’m honestly not even quite sure why I use it.

Anyway, I wanted to know why my skin was looking so ~chilled~, so I called on Emma Hobson, the Education Manager for the International Dermal Institute and Dermalogica. Here’s what she had to say: harsh, soap-based cleansers tend to strip our skin of its natural oils, in turn compromising the protective barrier, which can lead to dryness, dullness, irritation and sensitivity.

So what do we need to look out for?

For one, avoid cleansers with harsh, oil-stripping detergents and occlusive mineral oil. Look instead for a milky or creamy base, containing “only mild, gentle surfactants (that’s cleansing agents), as well as anti-inflammatories, calming soothing ingredients, protective antioxidants and nourishing oils. It should also be free of fragrance, soap and artificial colours.”

If you too are feeling dry or sensitive or are heading into winter, and like the sound of ~chilled~ skin, keep on scrolling for our favourites.

I’d heard so many great things about this cleanser, and when I finally got to give it a whirl, I discovered that it really does live up to the hype. I’ve always had this idea that I need to either pre-cleanse first to make sure I remove everything sitting on my skin. How wrong I was. Free from the crap (aka sulphates, parabens, mineral oils), it can seem deceptively inept. HOWEVER, after just one cleanse followed by a quick white towel swipe test there was not a single skerrick of makeup to be found. Three thumbs up.

Sulphates are cheap and nasty, like nylon underwear, and nobody wants to rub nylon underwear on their faces. That would be weird. Being anything but weird (being quite divine, actually), La Mer have swapped out that synthetic foaming agent found in most cleansers for magnetised tourmaline, which gently and thoroughly lifts dirt, debris and makeup from the skin. And I don’t say thoroughly lightly. I massaged one pump onto my face, left it on for 3 minutes to let their signature Miracle Broth and tourmaline work its magic, and found that it completely emulsified and washed off my day with a humble splash of warm water. Guys, how did I not know that cleansing could be this thrilling? After just one wash, I looked in the mirror and literally uttered these words to myself: “Ah yes, I get it now”.

You got flaky, irritated, tetchy skin? You wanna feel like you’ve just been drizzled in a waterfall of silk? We hear you. Skinceuticals hears you too. It sure listened to my skin, and by “listened”, I mean it was gentle enough to remove eye makeup and made my face so soft I couldn’t stop touching it on the train to work. Sure, yes, this may have been somewhat unsettling for the other passengers on an overcrowded carriage at 8am, but I didn’t care – I had baby soft skin and was NOT about to apologise for it.

Beauty Editors and Journalists may not risk their lives in literal war zones, but we do hand our complexions over to an endless onslaught of gels, potions and powders teaming with ingredients that do not always agree with one another. This leads to hypersensitivity. And every single time this happens, we find ourselves dialing 1800-HELP-MOI (aka the PR demigods at Dermalogica) for a bottle of the Ultracalming Cleanser to reduce inflammation and restore our skin’s protective barrier. Following a ~chilled~ massage with Dermalogica’s PreCleanse Balm, it’s the only thing we’ve found that will save skin on the verge of a panic attack.

If you’ve got really dry skin, and I mean, really, really dry, stop whatever it is you’re doing right now and get yourself a bottle of this. It ticks a lot of boxes: it feels luxurious but costs less than a bougie breakfast, it’s gentle, packed full of ultra-nourishing ingredients, smells delightful and removes makeup like nothing else. In fact, I highly rate going in for a double cleanse using this and only this.

We can all sleep well tonight knowing that when it comes to skincare, the Japanese know their shit. This non-comedogenic, alcohol-free, oil-free formulation requires no tap water – just this formula’s pH technology and a cotton pad to gently whisk the day away, which by the way, is what Dermalogica’s Hobson told me that if you need something as gentle as a baby duckling: avoid water all together. If you have inflamed, oily, acne-prone skin, this is the one for you.

I don’t usually wear a lot of makeup, but when Nu Skin claimed that its cleanser was gentle AND somehow strong enough to remove the “toughest of makeup”, I had to apply the same amount of foundation Geoffrey Rush would use before going on stage. And yes, its makeup removing prowess did hold true.

Again, another gentle yet powerful cleanser that gives you a little bit of foaming action without compromising the delicate balance of your angelic complexion. This one’s especially handy if you’ve oily to combination skin that’s been overstripped by harsh acids and detergents – you still want to remove that excess sebum without damaging your skin’s protective barrier.