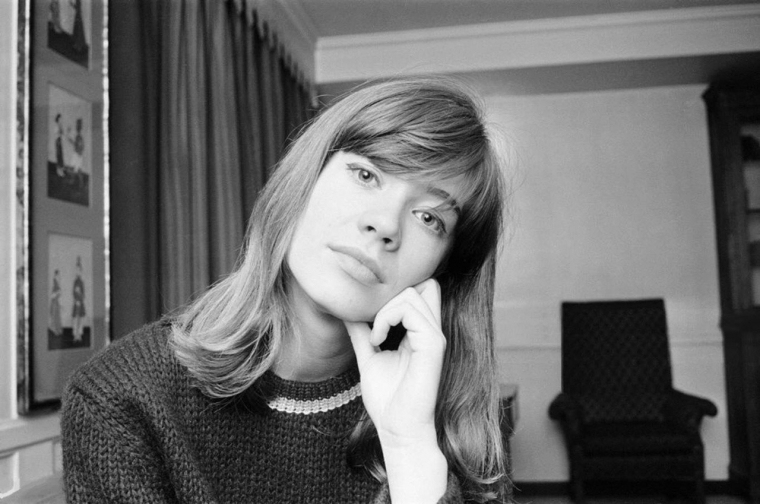 A typical Monday morning. You are sifting through your emails with a coffee in one hand. In an attempt to distract yourself from a messy email chain between you, your boss and an intolerable Excel spreadsheet, you open up a magazine’s daily newsletter with the other.

At the top, it reads A French Girl’s Morning Routine. The woman in the video thumbnail has her natural brunette hair tousled (clearly treated to the world’s best blowout) – though according to her, she just slept in a loose braid. C’est simple! Right? Her bangs, which lie perfectly on her naturally beautiful face don’t seem to bother her one bit. They’ve been well-trained, instead of looking like dinosaur horns upon waking. Her lips are a perfect pout of blotted red. She’s tanned, but most consider it sun-kissed. She’s wearing makeup, but in a way that no one knows she’s wearing it. The video description promises five ways to get her “no-work” look with ease. Not quite what you’re looking for? Type “French girl beauty” into Google and you’ll have 866 million more hits to choose from.

In fact, I bet you’ve probably already watched 30 renditions of this video at the time of stumbling upon this piece. Different woman, same techniques. Yet here you are again, watching her bite a croissant before she teaches you how to moisturise properly. You sit there and think to yourself – how did they manage to lure me in (once again)?

I am here to validate your morbid curiosity, dear francophiles. There are literally countless articles that begin with the old The French Girl Way To… to do pretty much anything, really, because everyone else (yourself included,) keep clicking and reading and watching. You would think that we would have already had enough after reading essays breaking down the je ne sais crois of Brigitte Bardot, Françoise Hardy and Jane Birkin (who is, in fact, a Brit) in infinite detail; or tell-all books lifting the veil on their not-so-secret secrets. Given the rapid fast pace of the Digital Age, we should have moved on to another myth that takes up all our time and clicks, but to this day, I have been unable to find it. Instead, I’m here, about to purchase a Rouje lip palette while standing in front of the mirror considering trying this at-home bang trim, even though I know it will likely end in tears.

So, I put down the scissors. I like to get right to the roots of things (without ruining my hair). As with other philosophical quandaries, it’s always important to begin with ‘why’? Why the French woman? France’s philosophical differences could have something to do with how its woman became the beacon of “chic.” Where things really got good was during the Enlightenment Era. You’ve got guys like Descartes saying individual expression is better than sticking to the status quo i.e. saying no to trends. And then there’s Camus, who points to life’s pleasures and the importance of embracing our enjoyment of something instead of practicing the trivial banalities of it. This kind of thinking explains why someone could eat bread without guilt, prioritise a natural look that takes half the time and also gives their very real smoking stereotype a foundation (not sure if you guys have visited the country recently, but that old trope seems to be trés real.)

Outside of that, they’ve always been good at questioning religion and authority, a couple of things that can create rigid guidelines for how a society functions. That spirit of freedom sort of intertwines from the French Revolution all the way to their acceptance of sexuality in different forms. You can’t ignore the countries deep ties to Catholicism that still exist, but they culturally have remained much more open-minded to a different way of living that prioritises pleasure. It’s sometimes shocking to think that Nietzsche wasn’t French.

So you see, whether it comes to food, sex, relationships or beauty routines, there is this cliché joie de vivre guiding a lot of their actions. That doesn’t mean the way they do things is the easiest, but the end result must cause more enjoyment than pain or discomfort. When we view French women beauty through this particular lens, we see that effortlessness translates more to accentuating the natural, not fighting against what we’re already inclined to look like.

With a message like that, how can the rest of the world not eat it up?! With the Kardashian-Jenners, lip fillers, Love Island and fat-freezing treatments whirling around our heads (and our social feeds), the appeal of French beauty becomes all too apparent. A message that ennobles loving the skin you’re in – yes, even if that message is delivered by a woman with very good French genes –  is something we could all try to adopt.

It’s realisations like this that make me want to tell you to consume all the content labeled under #FrenchGirl with abandon, because the thought that this path could bring you closer to even semi-liking you, versus striving for an idealised self that needs needles and knives to become a reality, is worth wholly buying into a safer myth.

By the way, you are much better than the myth of a basket-wielding, wine-drinking, perennially put together French woman, even if that semi-describes you! You’re real, and I think Camus would agree with me in saying that the sooner you embrace it, the happier and more confident you will be. Free your mind, les bébés.