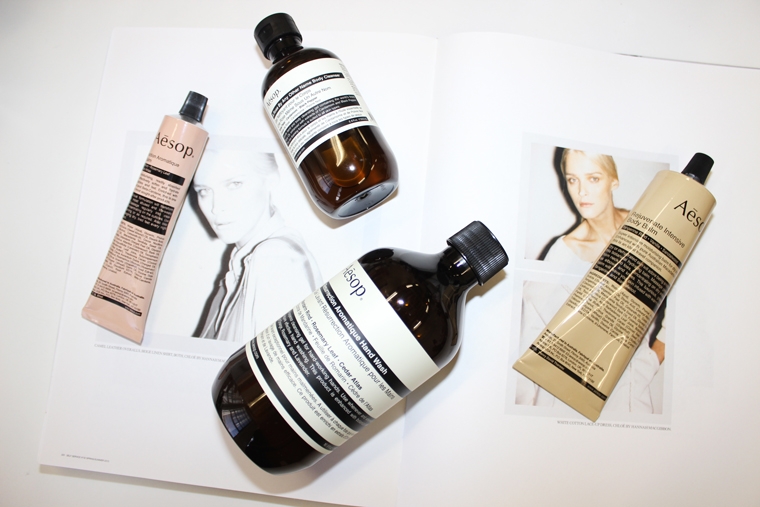 Making The Switch To Cruelty-Free Products, As Told By A Skincare Devotee

As a child, I was obsessed with Clarins. The drawers of my grandmother’s vanity were full of it. To me, the brand was pure luxury, with its gold-trimmed packaging and delicately spiced scent. It was chic and glamorous, just like her. The reality of my own mother’s beauty arsenal was dramatically different. To give some context, my mum grew up in the ‘60s. She’s an artist, loves gardening, and makes sourdough bread every week. She’s never had a manicure, and has followed a plant-based diet since before it was a “thing.” Beauty-wise, she’s always moved the beat of her own drum.

Growing up, she taught me to look for the bunny on the back of containers when we were out shopping. As I learned to read, brands began to have names. I understood them in categories: Weleda good, Nestlé terrible, and so on. It was around this time that I began to understand the bunny’s relation to animal testing. If there was no bunny on the bottle, Thumper had been hurt.

I first got an allowance from my parents when I was 12-years-old. This 40 pounds a month gave me the freedom to experiment with scented lip gloss and bubble bath, and, sometimes, in a bout of excitement (or in the name of a good deal), I forgot to look for my stalwart bunny. Come 14-years-old, my adolescent insolence had made me forget about him altogether. The allure of Lancôme Juicy Tubes and my very own Clarins Cleansing Milk was too strong to resist. Finally, I thought. My dresser is starting to look like my grandmother’s.

The pull of products with hard-to-pronounce names continued to be a sticking point throughout my teens and during my time at university. I knew I shouldn’t have been buying from brands that tested on animals, but all the ones that didn’t just weren’t as chic as those that did. As shallow as it was, I wasn’t prepared to compromise my appearance at the height of my newfound independence and raging insecurity. Morally, my shelf of unethical products weighed heavy on conscience.

Change came with a bang four years ago. Up until then, I’d made a point of buying cruelty-free dish soap, toothpaste, and laundry detergent—but my cosmetics case still contained a fair few items produced by cruelty-endorsing corporations. As a New Year’s resolution, I vowed not to spend a single cent on anything bunny-free. No matter how much I loved a product, if it wasn’t cruelty-free, I had to go without, or at least find an honorable alternative. It was the best New Year’s resolution I’ve ever made, and the only one that’s stuck for good.

I hate to waste products (another trait instilled in me by my mother), so I phased out my existing products gradually. At the time, I was an editor at CR Fashion Book, so I pitched and wrote stories that allowed me to explore the best cruelty-free options on the market and share them with our readers. To my surprise, many of them—along with my friends and colleagues—didn’t know a thing about animal testing. They’d never been taught to read labels, and had no idea that laboratory animals are routinely mutilated in tests for skincare and cosmetics.

Ethical beauty has come a long way since the ‘90s, and, through a fair amount of trial and error (including a brief dance with some volatile homemade deodorant), I was excited to include a ton of amazing, new, non-hippie-smelling products in the mix. Encouraged, I made it my mission to seek out 100% vegan brands. My criteria was simple: I wanted formulations that worked, felt luxurious, and looked the part in my cabinet.

To be clear: cruelty-free and vegan labels are not interchangeable. Vegan products are defined as those not containing any animal or animal-derived ingredients (i.e. tallow, which is rendered animal fat made by boiling up dead carcasses to produce a creamy substance for things like salves, balms, and foundation). Cruelty-free products are defined as not being tested on animals of any kind in a laboratory. Umbrella terms like “all-natural,” “green,” “organic,” “eco,” “hypoallergenic,” and “dermatologically-tested” have no indication of a product being ethical, vegan, or cruelty-free.

Years of using myself as a guinea pig has led me to create what I think is a pretty foolproof (and predominantly vegan) beauty toolkit. I love trying new things, but, over time, I’ve learned what to look for in products. I’m not the kind of girl to slather my body in coconut oil. Instead, what you’ll find in my bathroom is a slew of highly effective, stylishly packaged, non-toxic products. This toolkit, I’m happy to say, also includes deodorant and mascara—two of the products I found hardest to replace when making the switch.

If you’re looking to make a similar leap, my tips (in no particular order) are: memorize the terms as outlined above; put labels under a microscope; don’t buy anything you’re unsure of (if it doesn’t say it’s not tested on animals, it probably is); and be aware that any brand that sells its products in China is automatically off-limits, as the country requires animal-testing by law. My final word of advice is to find beauty experts who share your vision and tap them for advice. In New York, I love my facialist, Jordana Mattioli (who’s just turned vegan), and Dr. Melissa Doft, who offers the only cruelty-free face peel in the city.