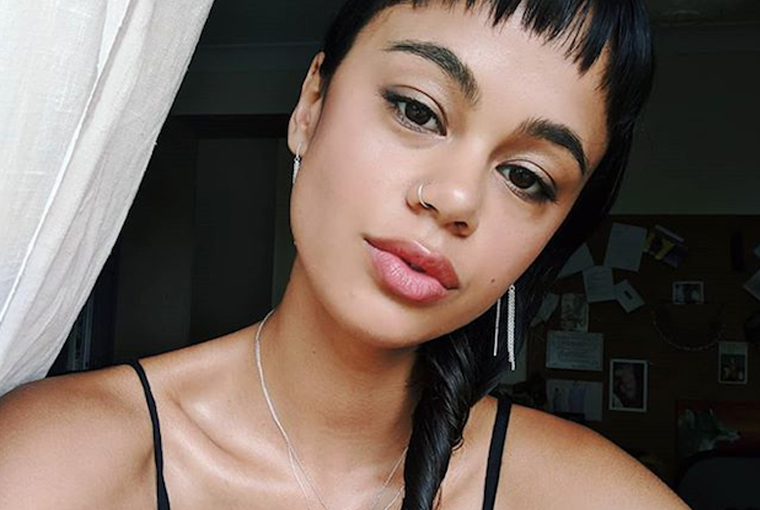 Do Your Best To Accept Bad Skin Days

When I was 19-years-old, I decided to experiment with taking time off the high-estrogen birth control pill that I’d been popping into my mouth daily since I was 16. Why I decided to do this I cannot now accurately recall, and why I decided to proceed without any prior research whatsoever evades me even more thoroughly. My body rapidly entered a period that I believe my endocrine system would probably refer to in retrospect as “Hormone Chaos 2012,” and I broke out—awfully.

I had painful, cystic acne crowding my cheekbones and chin, stinging against my skin and raised in a mountainous range that proved far more resilient than the MAC foundation I sent in to battle against it. As a 19-year-old, I had approximately the amount of self-development and confidence that one may expect from a woman in her late teens, so this dreaded hormonal acne kept me mostly at home for about six months and made me weep every time I accidentally glanced towards a mirror.

There are two rather unfortunate lessons that I was confronted with in this period: one being that 99% of health professionals are remarkably under-educated about the complexities of women’s health, and another being that people really, really do not know how to talk to people who have acne (shout out to my high school friend who decided to enquire as to what was happening with my skin by yelling it out in a restaurant). I loathed myself and how I looked so deeply at this time in my life—and while I did eventually begin to take the Pill again, in retrospect the experience has altered my perception of how we should feel about bad skin and ultimately, how we should feel about ourselves.

I’m not sure if everyone has noticed but us women do tend to be rather pathologically obsessed with the concept of perfection. We’re socialised to reach for perfection in every aspect of our lives and it becomes immensely problematic when we’re forced to acknowledge that occasionally this is not realistically achievable. We experience the jarring frustration of not being perfect at work, not always saying the perfect thing, not flaunting the perfect nail beds, and not always waking up with perfect skin. Striving for perfection is the curse of our gender because it forces us to internalise our frustrations, to come readily to believe that we’re simply not good enough, and so often keeps us stagnant in our ambitions while men blunder forth and profit from their audacity (if you need any further proof of this concept, listen to this incredible TED Talk by Reshma Saujani. This fixation on perfection trickles down to everything we value aesthetically about ourselves, it’s what makes us cry at 19-years-old whilst fighting our way through hormonal acne and it’s probably what keeps us so troublingly staring at our abdomens from the side after our morning showers—to our minds, good enough really is not good enough at all. But what if it just was? What if we were just okay with ‘okay’?

I am now in my mid-20s and in recent years, a sizeable number of my friends have fallen victim to adult acne. Whether it’s because they’ve decided to wean their bodies off the Pill, because we’ve reached an age where our stomachs are beginning to routinely reject the vast majority of what we used to consume 24/7, or simply because of the stressors of daily life in an economic downturn and a stretched job market (who’s to say?), my lady friends are breaking out. I empathise entirely with their hurried purchases of harsh chemical products that have too many numbers in their names to be legal, and I understand why they call in their dermatologists as lieutenant generals in a vicious war against their own faces. I get it 100%. Only, I’ve also come to appreciate the women who can just lean into these imperfections, who eschew makeup in favour of saying “Well, this is indeed my face right now, take it or leave it, motherfuckers” (they’re probably not literally saying that but I like to imagine they do nonetheless). Of course they’re still quietly waging battle against their spots but they’ve also forgiven themselves, they’ve turned the focus of their value to other important things because who has the time to care about some bloody spots? It’s a refreshing strain of confidence.

I’ve also come to appreciate looking at women who wear their spots because (and this is going to sound weird), it’s just so flipping female. Hormonal acne is the burden of a body that’s built for hormonal fluctuations, a body that menstruates, and a body that literally harbours and births other bodies. Women experience acne when they’re in their teens like men, sure, but they also experience it well into their 20s, at certain times of the month and they sure as hell experience it when they’re growing children inside of their tummy nurseries.

Pimples are hard work, we all understand that, and it’s probably going to take a lot more than some ding-dong columnist on the Internet to give you permission to not worry about them when they happen. But here are some facts that might help simply from the perspective of another woman: yes, we see your enormous pimple, no we don’t care, and no, we don’t hang out with you for your normally immaculate skin, we hang out with you because you say funny, witty things and you eat family-sized servings of hot chips with us when we ask. Of course acne sucks and you should do what you can to prevent scarring but also, I hope that we can be okay to occasionally lean into those bad skin days and forgive ourselves for these blemishes. Also, I really, really hope that the next time somebody makes a passing comment about the state of your skin you can tell them that it’s because you’re a powerful baby ship and this is par for the damn course when you are an earthly miracle.