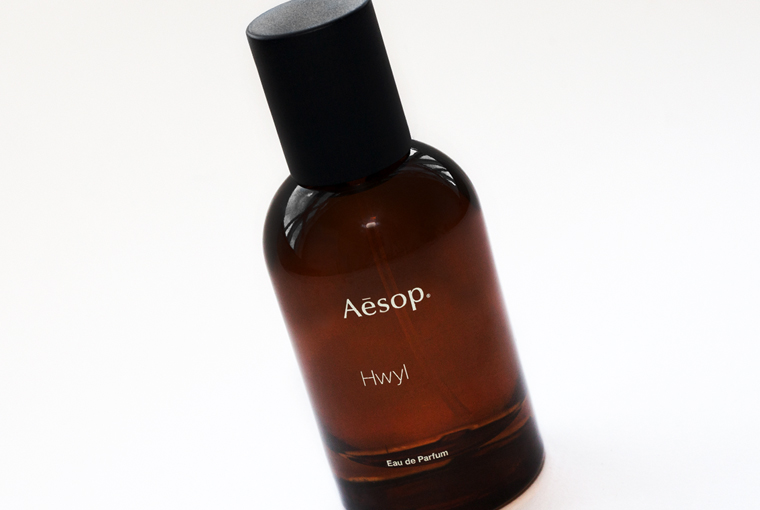 A Fragrance For The Frankincense Fanatic: Aesop’s Hwyl

Hwyl was made by Aesop in collaboration with one of the best noses in the business: the one and only Barnabé Fillion. According to the French perfumer, Hwyl was conceived with a simple grail in mind: to “cherish the silent.” We love the simplicity of this, not least because it mirrors our own belief that applying perfume should be treated as a venerated daily ritual.

Inspired by a trip Barnabé took to Japan, the fragrance summons the verdancy and stillness of an ancient Japanese forest with its expert mingling of frankincense, cypress, and vetiver extract. One whiff of this bad boy and my olfactory senses threw it all the way back to October last year when I was exploring moss-covered, forest-dwelling Kyoto temples with my best friends. Together, Aesop and Barnabé have managed to come good on their goal of creating a perfume that acts as a refuge from the fast-paced nature of life. It’s bottled zen.

For all you frankincense fanatics out there, you’ll be delighted to know that this little bottle of heavenly perfume contains two different types of frankincense. Two! What a treat. This layered approach ensures it stays with you all day long (scout’s honour!), unlike a lot of frankincense-based fragrances we love but pass on because of their limited longevity.

Organic and natural, Aesop’s Hwyl is a nice change from the romantic, feminine scents I’m often drawn to. Distinctively Aesop, the fragrance is smokey, warm, and full of spice. It’s earthy, but in the best way possible (read: not in the way I’d describe a washed-up hippie, or a salad made with leaves that haven’t been washed properly).

If you too want to feel earthy, grounded, connected, and sensual, you can buy yourself a bottle here.